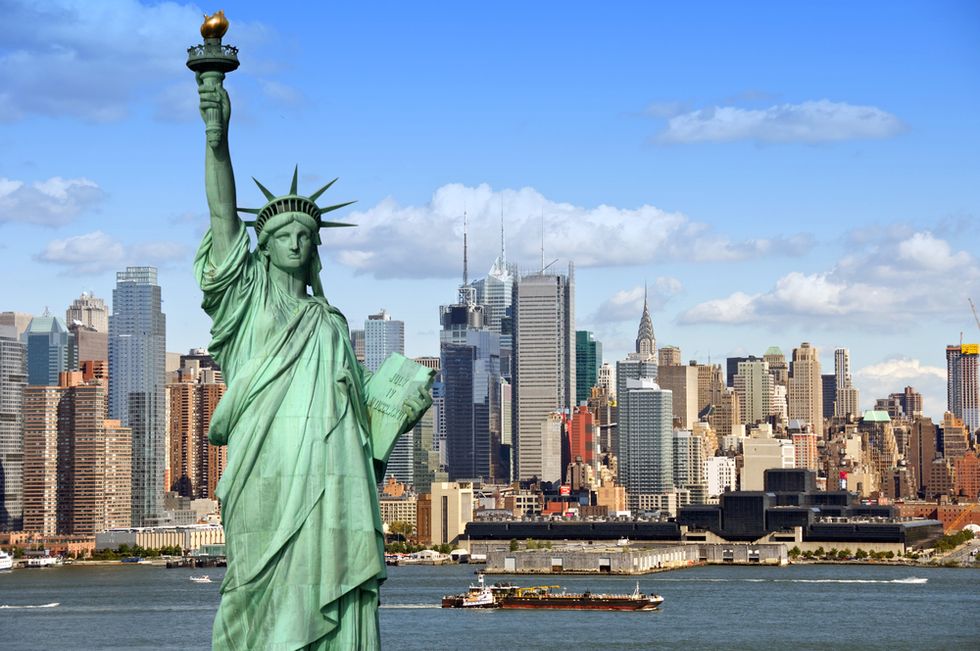 Home to Broadway, Wall Street, a strong economy, and an impressive population to boot, New York City is the place where everything happens. Due to the city’s size as well as its cultural and economic influence, it’s not surprising that those with qualifications in International Relations would be interested in trying the “Big Apple” on for size. Objectively speaking, the steadiness of the Financial and Businesses Services industries in particular bode well for people who are planning to settle down in International Relations in New York City.

According to the New York City Department of City Planning, the median age in 2011 was 35.5 years. To put that into perspective, the median age for the entire United States was 37.1 in 2012. The median salary of $45, 540, as cited by the New York State’s Department of Labor’s statistics, further demonstrates the viability of this city for those who are looking to find work. There’s another interesting bit of trivia that the Department of City Planning mentions: “Over one-third of the population 25 and over in New York City has a bachelor’s degree or higher, compared to 29 percent nationally.” (2013) It would appear that New York City’s reputation as a young and trendy city does have a statistical basis.

If you majored in International Relations, your training likely touched on a number of disciplines like Economics, Business, and Politics. In a city that’s home to multinational corporations, international nonprofits, and government administrations, there are plenty of places where you can find work.

This nonprofit think-tank focuses on providing business people, government leaders, and other movers and shakers with information on international events and United States foreign policy.

The World Bank offers financial and economic assistance to developing countries and consequently deals with people from around the world.

Headquartered in New York City, the United Nations is a forum where governments can express their concerns. An established and globally recognized name, professionals can’t go wrong applying here.

Big names like JP Morgan Chase abound on Wall Street. Not only do they often deal with other cultures and countries on a regular basis, but Market Research is an area that always sees these firms looking for help.

Living In NYC As An International Relations Professional

New York City has a reputation as the “city that never sleeps”, and while this might not be a sustainable lifestyle for a working professional, this tagline proves to be a great way to forge connections with other like-minded individuals every once in a while. You're bound to run into like-minded IR aficionados in bookstore and coffee shops, just for starters.

Much like the Council on Foreign Relations, the Foreign Policy Association is a group that focuses on international issues and foreign policy. This is a great resource for those with an interest in continued education, and the events present a number of networking opportunities. If you’ve ever thought about using your degree to pursue a career in journalism, the Society of Professional Journalists is an excellent resource. Originally founded in 1909, this well-established organization is a great place to find information and job openings. Whether you’re looking for dinners, events, or conferences in New York City, these two organizations are a great place to start.

It should come as no surprise that many professionals in New York City would be interested in attending a few regular events. On this front, the International Corporate Governance Network (ICGN) is an organization that’s dedicated to looking at the standards major corporations are held to throughout the world. The ICGN Annual Conference features discussion on these subjects and more. In addition, there’s also the National Association for Business Economics (NABE). A professional organization that focuses on catering to the needs of Business Economists, NABE hosts a number of regular events that include people discussing subjects that range from Healthcare to Economics. One of these is a conference that’s held every year. An International Relations degree prepares you for a wide range of workplace possibilities. That combination of knowledge and information is exactly what you need to be successful in International Relations in New York City.
This article was written by Social Media Outreach Coordinator Rebecca Lindegren on behalf of CAREEREALISM-Approved Partner, 2U — an education technology company that partners with institutions of higher education such as the American University, which provides an online Master of Arts in International Relations.
Photo Credit: Shutterstock