3 Ways You’re Making The Wrong Impression In Your Interview 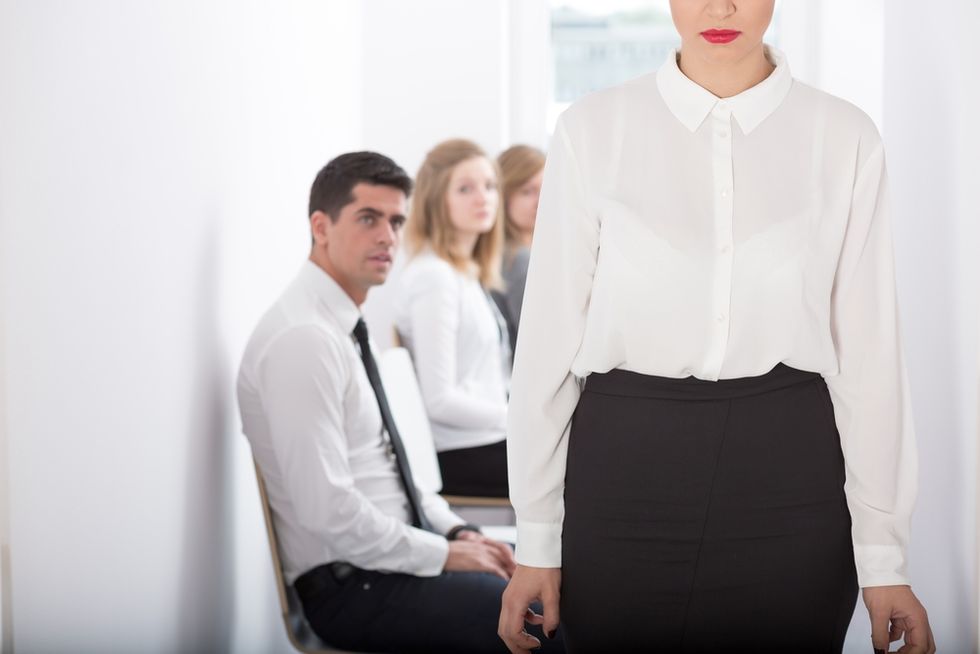 It's time for the big interview. You usually only get one chance to make that first impression, so there is a lot riding on this meeting. Interviews make people nervous, and nerves make people do strange things. Dry mouth, perspiration, and constant fidgeting are just a few of the ways the body manifests discomfort. Related: 5 Tips For Making The Best Impression In An Interview As uncomfortable as it all feels, it is normal. Most managers are used to meeting with nervous candidates. It is not completely a bad thing. For the most part, when an applicant is nervous, it is because he or she wants to make a good impression and does not want to miss out on an opportunity. Virtually every hiring manager has been on the other side of the table. Nervousness is normal, but there are other ways, that often go undetected, where candidates can give a wrong impression in an interview.

People leave jobs for lots of reasons. Often, it is because of bosses and co-workers. In fact, the saying goes, “People don't leave jobs, they leave people." With that being said, applicants should avoid saying anything negative about their past employer(s) and the people they worked with. Even if the last boss was horrible or the company treated people badly, throwing them under the bus or airing dirty laundry does not fly in interviews. An interviewer is only hearing, and is likely only going to hear, one side of the story. Without being able to verify what the candidate is saying, hiring managers tend to take things with a grain of salt. Candidates can come off sounding negative, or worse yet, the potential employer will assume the applicant speaks ill of all of his or her past employers. It is possible to express displeasure in diplomatic ways. Your previous employer may not have been a good fit or your values did not align with theirs. Perhaps you have enjoyed working there, but are ready to pursue a new challenge. Interviewers may have follow-up questions, but taking the high road, staying positive and avoiding criticism of past employers is generally the way to go.

Applicants should avoid trying to look, seem and act perfect. Defining the “perfect" candidate is nearly impossible given the subjectivity and variables at play, but it is not someone who has never done anything wrong or failed. Thomas Edison, one of the greatest inventors to ever live, famously said, “I have not failed. I've just found 10,000 ways that won't work." That is not a rationalization. His experiments did not all go perfectly, but he persevered and applied what he learned to his next venture. Not all of us are going to invent something revolutionary, but we have taken risks, misjudged projects, and at times not lived up to even our own expectations. In work, as in life, not everything will go right. Own it. The only thing that will hold a candidate back who admits to a flaw is not learning from it and/or recognizing how to overcome it.

Not Researching The Organization

While pursuing a job or career is exciting for the person being interviewed, take a moment to think about it from the employer's perspective. If you were interviewing someone, what would make you excited about his or her candidacy? One area that many candidates drop the ball is not researching well enough the organization before the interview. For example, being an accountant for a manufacturer may have some similarities to accounting and financial positions in other businesses. You may be a great accountant. However, by only focusing on the accounting responsibilities, you are barely scratching the surface. For those candidates that do their research to understand the organization's mission, values, goals and history, it shows a higher level of motivation and awareness. It shows that an applicant is looking for a mutually beneficial relationship as well. Having that knowledge prepares applicants better for the interview, can lead to better questions, more meaningful conversations and leave the manager with a better impression. This post was originally published at an earlier date.Disclosure: This post is sponsored by a CAREEREALISM-approved expert.