How To Spot A Jerk Boss During An Interview 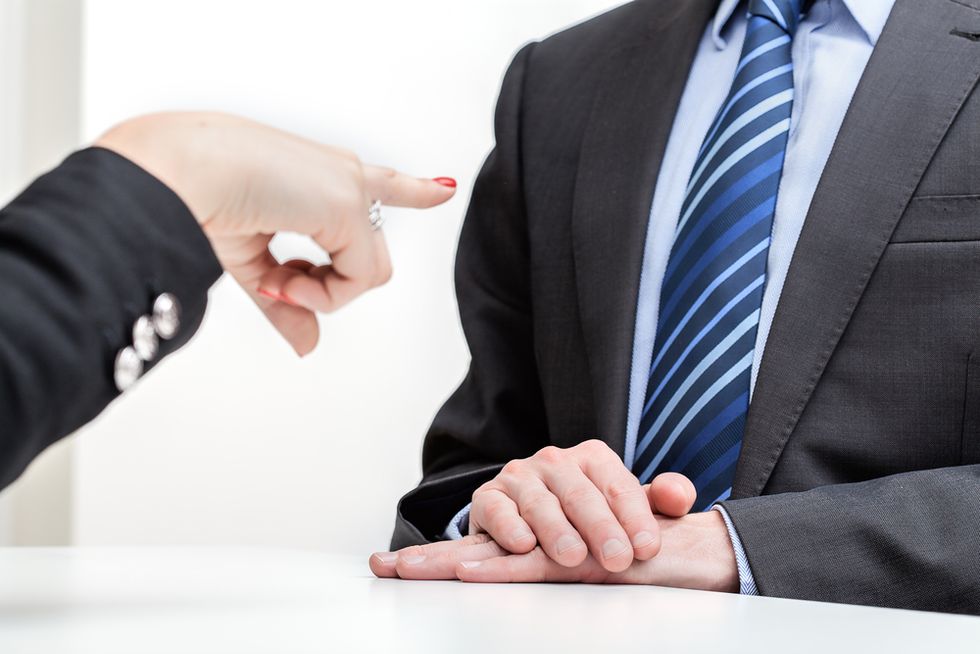 Once upon a time, you nailed that interview. You put into practice all the tips you’ve read on the web on how to control your body language, how to answer all those sneaky interview questions, and you really felt as if you left a pretty good impression on your interviewer. Related:6 Traits Of Bad Bosses You get the call after an eternity of sleepless nights and anxious walks with your phone glued to your hand. In the end, you do get the job and... bang! Only a month later, you realize your boss is a bad person. A real jerk, if you have to be honest. Does this sound familiar? The question is – how do you spot that jerk boss right on the spot, so that you save everyone's time by acknowledging the fact that you wouldn’t fit in that company right during the interview? Here are a few points to get you started with, when YOU assess your future boss during your next interview:

They are too nice with you.

Yes, you’ve read it – too nice. (Well, first of all – nice and boss don’t go that well together.) Jokes aside, during your first encounter with the manager, the connection should come naturally and authentically. Don’t get me wrong, there might be many bosses out there who would really be nice because that’s who they are. In most cases, however, it either means they are hiding something under that perfectly polished body language (or their office desk) or they are too desperate to have you on board, as they are faced with fluctuation of labor in the company. In other words, beware if you hear phrases like, “We are flexible with the working hours, you might come and leave as you like, as long as the job is done!”

If you want to be a good communicator, then you should be able to listen - especially, if you are a leader. If you catch your future boss checking their laptop/computer/iPad too often, then it either means that you are doing a really bad job during that interview, or that he/she is a self-centered jerk. These types of managers also tend to forget asking if you have any particular questions about the position and the conditions in general, while they go on boasting about how successful their company is.

They take all the credit.

These managers would brag about how they magically revived the company after it had been almost destroyed by the previous owners, or how they went from 20 to 100 employees in just over a year, all because of THEM. You see, it is more than adorable that the company is growing like a sponge. As the company grows, you will, too – which is quite good news. However, if you hear them say, “I had my first office in a garage and now look where I am now," it means they most probably haven’t yet realized what one of their most crucial roles as an entrepreneur is – to value their subordinates and all the hard work they have done.

They bad mouth other job seekers like you, or even their own subordinates.

Saying things like, “You can’t even imagine the type of person I interviewed earlier today...” or “The Marketing Manager is going to have a lot to explain about the situation she put me in!” is, and should always remain, a bad sign! A leader, who is meant to see the value in people, cannot analyze the behavior of others in front of a potential job candidate. Unless they are psychologists, they are not allowed to do that. This type of talk should alert you that, as talented and skillful you are, your manager might be talking about you next time.

Their office says it all: Signs are everywhere.

Some entrepreneurs are so good at their ‘social game,' that you will never know who they really are and how they really treat their subordinates, until you pay attention to their office space. I think that the more lavish the office space is, the tougher the boss will be. Pay attention to details in the interior, such as too many photos of your future boss shaking hands with important people (politicians, writers etc.), or too many statues of things you can’t even name, or strange figures with clocks hanging from them, or a desk wide enough to fit your bathroom. If you have the feeling you are in a palace, rather than an office, then chances are that this boss tends to do things their way.

Practice says it all: The déjà vu.

If you feel like you’ve gone back in time when stepping into the office and their attitude resembles an ex-boss, who you weren’t much fond of, then most probably you would be right in turning the offer down. I recently was at an interview, where the manager and the office space were so familiar to me that I was planning to run half-way through the interview. There is a small chance I might have been wrong but I decided I would pass, considering the fact that they even looked alike. Don’t forget to take this list with you on your next interview, just in case you forget any of the points. And, do make sure your future boss doesn’t see it, or you won’t have to make a decision at all! This post was originally published at an earlier date.

5 Things Every Employer Wants To Hear In An Interview5 Ways To Deal With An Incompetent Boss4 Tips For Connecting With A New Boss   Photo Credit: Shutterstock