What Jerry Maguire Can Teach You About Job Search 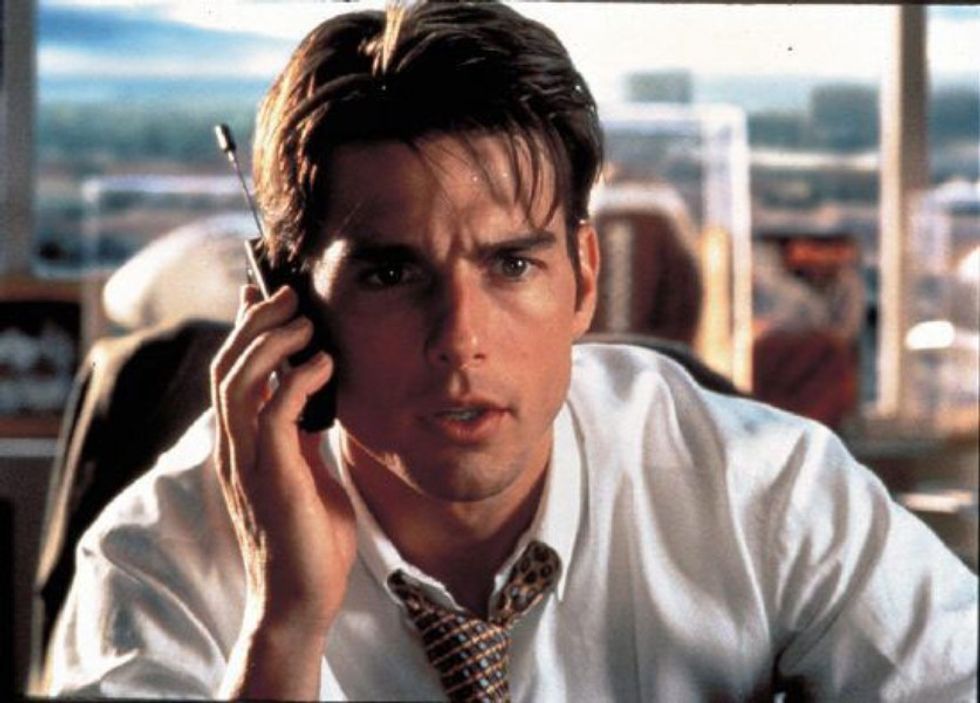 Earlier this week, I received an e-mail from an acquaintance of mine, asking me (and about 75 others also copied on the e-mail) for help in his job search. Recently laid off, he had the right idea; to reach out to his network to seek help, asking his former colleagues, friends, neighbors, and anyone else who would listen if they had any contacts that could benefit from a smart guy like himself. First, he inquired if anyone had any contacts at DC-based PR firms (given that his first priority was to work in a PR agency); next, he asked if they had any contacts at any companies that hired PR professionals in any capacity anywhere on the East Coast (as the e-mail wore on, he became a bit more anxious and did not want to rule out a move).

I Was Rendered Helpless...

As I read the e-mail, it was as if an actual question mark found its way to my head. Of course I know people in PR at companies, and I know people who do other things in the PR industry, and I know a lot of people at a lot of companies on the East Coast. Wouldn’t that include almost every company from here to Timbuktu? I wanted to help him, but I didn't know how. I was reminded of a quote from the 1996 classic "Jerry Maguire," when Tom Cruise says to Cuba Gooding Jr. "Help me help you;" that we realize how little this Sports Agent can do without a little help from the other party. His hands - like my own - were tied!

E-mail Was Well-Intended, BUT Not Effective

Now, I’ll be the first person to point out the effectiveness of reaching out to your network first; in fact, 70% or more of jobs are found through networking, and the vast majority of these will be found not through friends, who typically swim in the same pond as you do, but rather, through acquaintances. So, he was definitely on the right track. But, strangely enough, his e-mail did not yield any results. So, how did a well-meaning cry for help go off track? It is simple. Let’s recap. He asked his friends and acquaintances for help (strength), but did not give them the information they needed to actually help him (weakness). My guess? He was concerned that by naming the job title (PR Mgr/Director), companies (Discovery Communications/Disney) and geographic region (DC-Metro Area only) to his network, he might feel as if he was pigeonholing himself and missing an opportunity that might show itself among his connections. But, in fact, it is just the opposite! Had he named even a handful of companies, his network would have been in a much better position to help him! So, as it turns out, staring at a movie screen does not, in fact, rot your mind, and job seekers can learn a great deal from Jerry. Maybe, it's the best place to start a job search?

Start by building a job target for yourself that includes the following three criteria: (1) Job Function, (2) Company Size or Industry, and (3) Geographic Region. And, don’t be afraid to name companies that hit your “sweet spot.” If you ask for it, you have a better chance of getting it than if you wait for your connections to “figure it out!" The more legwork and thoughtful campaign preparation you do before you search, the easier it will be for your network to help you! Photo Credit: Shutterstock