4 Ways For Dealing With A Negative Co-Worker 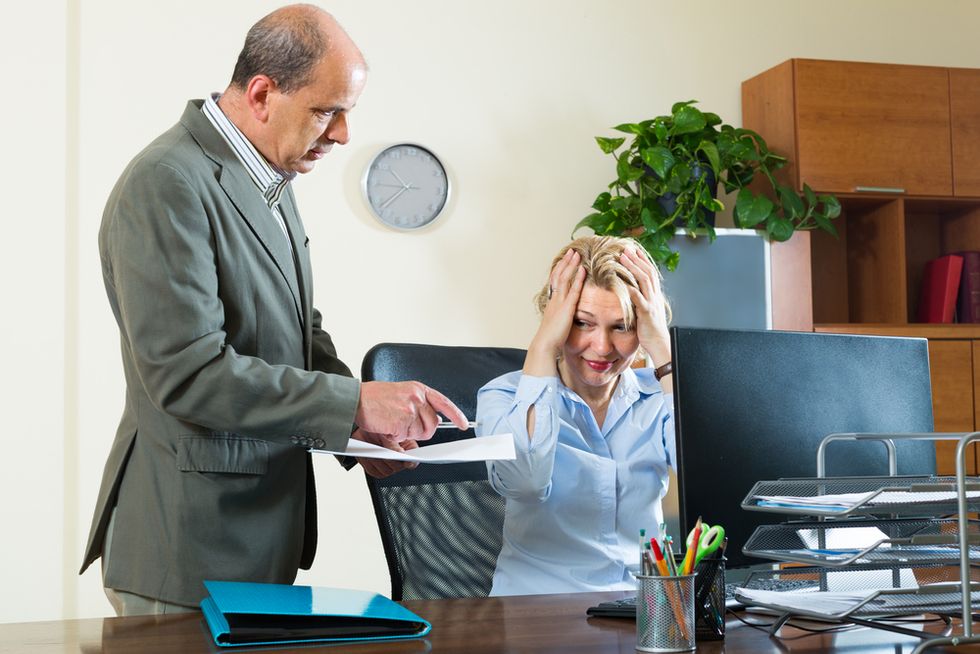 People who are entering the workforce today are estimated to have 12 to 15 jobs over the course of their career. To more seasoned workers, that may seem like a lot, but staying in a job two to five years looks like it is going to be the norm for millennials (the generation born between the early-1980's and early-2000's). There was a time in history, however, when people tended to stay with one employer for the majority of their career.

Changing jobs was the exception rather than the rule. This type of shift in employment trends leads to changes in workplace dynamics. Workers that change jobs more often can potentially count on working with more different co-workers in different organizations, all of which are going to have a unique organizational culture. Related: 5 Tips For Dealing With Difficult Co-Workers One thing is certain about the workplace, there have always been “negative" co-workers at work. It's not just work. Negative people exist in all facets of life. They are on the PTO, they work out at the gym, someone's life-long friend could be a negative person that drives him or her crazy. The workplace creates an environment where there are other people, personalities and a lot can be on the line. Some are at their best, others their worst. No one wants to deal with a negative co-worker in a way that hurts their own career, but rest assured, there are effective strategies for dealing with the (Negative) Nellie, (Gloomy) Gus and (Sad) Sam one encounters in his or her career.

This has to be priority number one. When someone allows another person's negativity to get them negative, that battle is not only lost, it has breathed life into the office malcontent. Take being positive on as a challenge and do not back down. Stay as positive as possible. Everything at work and life is not always going to be going well, but one can, at the minimum, maintain as much of a positive outlook as possible. If it is too difficult to stay positive, simply do not backslide all the way to negative.

Given the amount of time people spend at work, sometimes a funny shift takes place. It is almost like they can forget that they are at work. This can manifest itself around a negative co-worker by avoiding that co-worker. It can become easy to circumvent that person at all costs, but slowly this can turn into being unproductive. Try not to fall into this type of scenario and keep interactions short and professional, especially if that person is someone with whom you have to work or collaborate.

Listen Up To A Point

Some negative people are actually going through rough patches in life and/or at work. If someone has shown confidence enough to confide in a co-worker with not-so-good news, it may help if that person can listen compassionately up to a point. Where is the line and how does someone know when to draw it? That is unique to each person and situation, but here are some tips:

Some people do not even recognize their own negativity. Depending on how close two people are, and the amount of mutual respect built between the two, offering some helpful guidance may be in order. Letting the person know how he or she is perceived is the humane thing to do, so long as that is truly the consensus. Shining some light for the person on the fact that they seem to default towards the negative may be doing them a favor. Doing so politely in a non-threatening environment reduces the risk of harming the relationship. It should be clearly stated that negative people are not necessarily bad people. People like that can be less-than-ideal co-workers, but sometimes they are simply a product of their upbringing, their environment, or they have little awareness as to how they are received. In any event, give the person some benefit of the doubt, but stay strong! No one has to give in to the dark side's negativity.

Michelle Riklan gained extensive HR leadership experience at Fortune 500 companies such as Sony Entertainment and John Wiley & Sons. With a combined 20 years of in-house corporate and targeted consulting experience, Michelle currently services large corporations, small businesses, and individuals in all aspects of Human Resources and Career Management. Connect with her on LinkedIn and Twitter or call her at 800.540.3609 for more information. Disclosure: This post is sponsored by a CAREEREALISM-approved expert.
From Your Site Articles