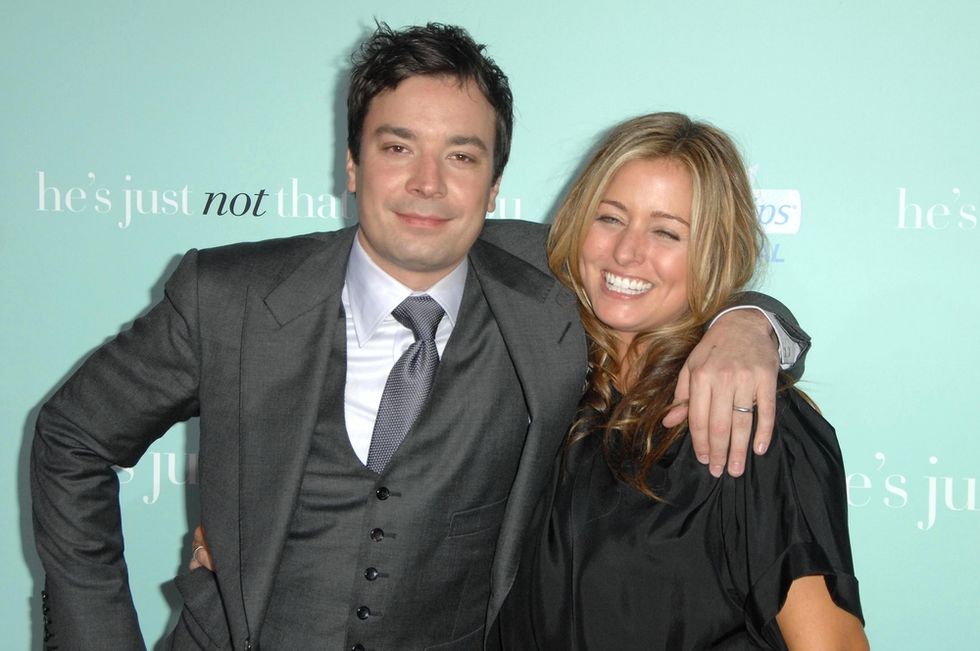 You don’t have to be outgoing to be a great networker. In fact, there are plenty of great networkers out there who could be classified as ‘shy.’ So, what other qualities can you leverage to help you build a strong network? To find your answer, look no further than the one and only Jimmy Fallon.

One of the most charming things about Jimmy Fallon is that he’s sincere. He's open, he's emotional, he screws up, and yes, sometimes he’s a little awkward. In the end, he just doesn't come off as a stuck up celebrity. He comes off as a genuinely nice guy because he's not trying to be someone he's not (unless, of course, he's impersonating one of his favorite comedians!). Sincerity is a key trait of great networkers. When you are trying too hard to impress people by pretending to be someone you’re not, people can sense it. If you’re giving off insincere vibes, why would anyone trust you with their network?

No matter who he’s talking to, he always seems genuinely interested in what they have to say. Even if he wasn’t, it would be pretty hard to tell. He makes eye-contact, actually listens to his guests and cares what they say, and asks follow up questions/makes follow up comments. He gives his guests his full-attention. This is a must-have quality of great networkers because if the person you’re networking with feels ignored or boring, then they’re probably not going to remember you in a good way - if they remember you at all, that is.That’s why it’s crucial to listen, ask questions, and be genuinely interested in the other person and what they have to say.

Jimmy almost always appears to be incredibly happy, no matter who he’s with or what he’s doing. He’s always smiling, laughing, and saying positive things. No one wants to talk to a Debbie Downer - having a positive attitude not only makes you more approachable, but it also makes you more memorable. According to J.T. O’Donnell, CEO of CAREEREALISM.com, happiness has a magnetic effect that helps immensely when it comes to building relationships and increasing opportunities. “Happy people are more likely to be recommended for jobs and introduced to influential people,” wrote O’Donnell. “Their ability to make others happy is rewarded in the form of a more helpful network.”

If there’s one thing that separates Jimmy from the rest, it’s his indestructible enthusiasm. When he’s excited about something, it’s obvious - He’s animated, he’s smiling, and he’s asking questions. This is a great quality - especially for networkers. Enthusiasm is a magnetic quality that draws people in - just like positivity. Even if you are absolutely thrilled about an opportunity, if you don’t show enthusiasm, no one will know. This could result in someone else (someone who shows their enthusiasm) getting the opportunity over you.

When Jimmy has a guest on his show, he knows it's not just about him - it's a partnership almost. Sure, they're a guest on HIS show, but he knows that that each guest brings thousands of new viewers. When you’re networking, you shouldn't just be trying to network for yourself. Instead, you should be focused on "superconnecting." As a super connector, you focus on putting people within their network together. Not only will this help strengthen your network, but it will help you build a reputation as someone who is focused on giving, not just receiving. This will make you a valuable connection to everyone in your network, and will set you up for introductions in return.

On his first night taking over the Tonight Show, Jimmy gave an emotional opening speech. Instead of walking out on stage like he was the new boss, he walked out hoping his new audience would accept him and give him a chance in his new, highly-respected role. He said, "If you guys let me stick around long enough, maybe I'll get the hang of it." In this speech, Jimmy showed us what a humble guy he really is, despite being the new Jay Leno. Being humble and knowing your place is a great quality for every professional - whether you're networking for a new job or you're trying to climb the ladder in your career.

In order to be as foolish as Jimmy has to be in front of millions of viewers, you have to be confident. Without confidence, his jokes would be poorly executed and all of his talent would go to waste. The same goes for networking. You could have all the talent in the world, but no one will ever know if you don't have any confidence in yourself. People invest in people they believe in. If you don't believe in yourself, why would anyone else?

Part of Jimmy’s job is to stay up-to-date with current happenings. He and his staff need to know what’s trending, what’s happening, and what’s worth talking about. That way, he can determine what’s relevant in terms of content and guests. Being “in the know” helps immensely when you’re networking. You can always add value and insight to conversations, which makes you a more valuable asset to someone’s network. If conversation doesn’t come easy to you, make an effort to stay on top of industry happenings, current events, and pop culture. That way, you’ll have topics ready to pull out of your pocket.

Jimmy always makes it clear that he has the utmost respect for his guests and colleagues. Sure, he'll throw in a playful jab here and there, but at the end of the day, he acknowledges and admires them for their talents, qualities, and achievements. It's important to show respect for your peers, colleagues, and business connections, regardless of age, experience, and so on. Not only will this help you build positive relationships, but it will encourage others to act respectfully towards you in return.

In his opening speech on the Tonight Show, the first thing he did was thank everyone who helped him get there (in a very emotional and honest way). Always thank those who've helped you, given you their time, or provided you with opportunities. This is an absolute MUST if you want to get anywhere in your life and career. Why would anyone offer you their time or an opportunity if they feel you won't be appreciative? A simple "thank you" goes a long way in the business world. This post was originally published at an earlier date.

Executive Spotlight: The #1 Skill Executives Need To See In Every Employee

Every hiring manager looks for different skills in the job candidates they're hoping to hire. Not only are job candidates being evaluated on the hard skills they possess; they're also being evaluated on their soft skills—the skills that don't belong on a resume but can be identified during a job interview. It's these soft skills that separate the good employees from the great ones. Executives, managers, and other leaders within an organization keep this in mind when interviewing job candidates and reviewing the performance of current employees.