The Secret To Networking When You Don't Have Any Time 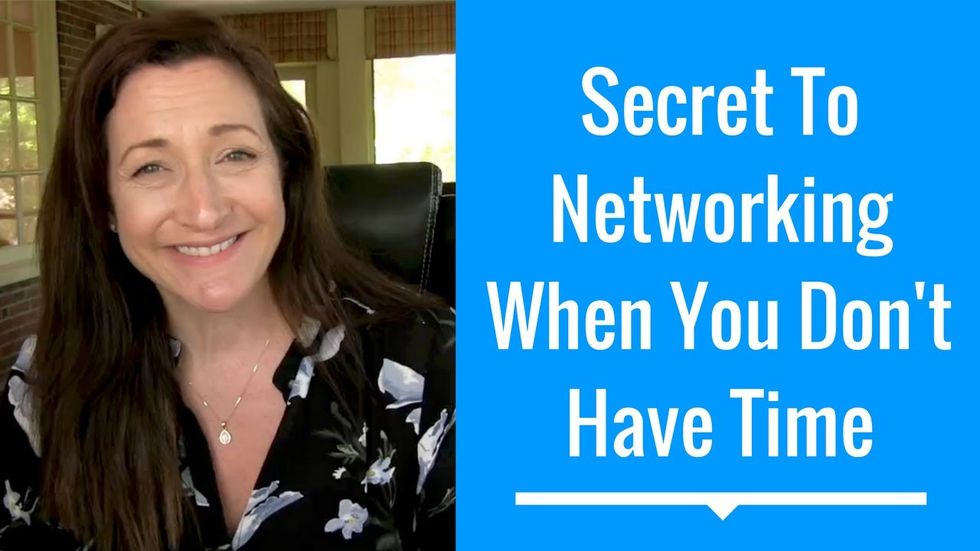 You're a BUSY person! Time is a precious commodity these days, and it's not something you can afford to waste. But with your job, job search, family, friends, hobbies, and other demands, how can you make time for basic career development activities like networking? What's the secret to networking when you don't have any time?

The answer: make it a habit. "It's easy to say, 'I don't have time for networking,'" said career expert J.T. O'Donnell. "But the truth is, networking needs to be a habit, just like we brush our teeth, we shower, we exercise." According to O'Donnell, there are lots of things we do for self-care (like showering, exercising, and brushing our teeth) in order to stay healthy. But there are also "self-career-care" activities you need to do in order to have a healthy career - networking is one of them. The truth is, you do have time for networking. It might not be much time, but you have time. What's going on, though, is that you're telling yourself you don't have ENOUGH time to devote to doing it. For example, let's say you wanted to spend two hours working out at the gym, but didn't have two hours to spare. So, you decide not to go to the gym at all because you can't workout for the full two hours. Isn't that silly? The same thing applies to networking. Just because you can't dedicate as much time as you THINK you need to spend networking, doesn't mean you shouldn't network at all. "For all of you out there who are time-crunched, stop thinking about networking in terms of this big block of time," said O'Donnell. "Start thinking about what you can do in micro-blocks of time." So, can't make it to a networking event each week? Go once per month. Can't spare two hours at a networking event? Spend 20 minutes connecting with people online. The key to networking when you don't have any time is to realize that you DO in fact have time - you do, it might not be obvious at first, but it's there. For example, you can connect with people on LinkedIn during your bus ride into work, or network with people at your next family BBQ. Make it a habit, and it will be easier to find time for networking.

Want to get out of your career rut?

If you're struggling through a frustrating job search, it can feel like you're never going to land a job. But you can and you will! Watch the video below find out how you can get out of your career rut.

Stuck In A Career Rut? We Can Help! youtu.be

How To Bring Up Disagreements With Your Manager What's 'Managing Up' And Why Should I Do It? Tricks For Managing A 'Hobby Hustle' When You Have A Full-Time Job