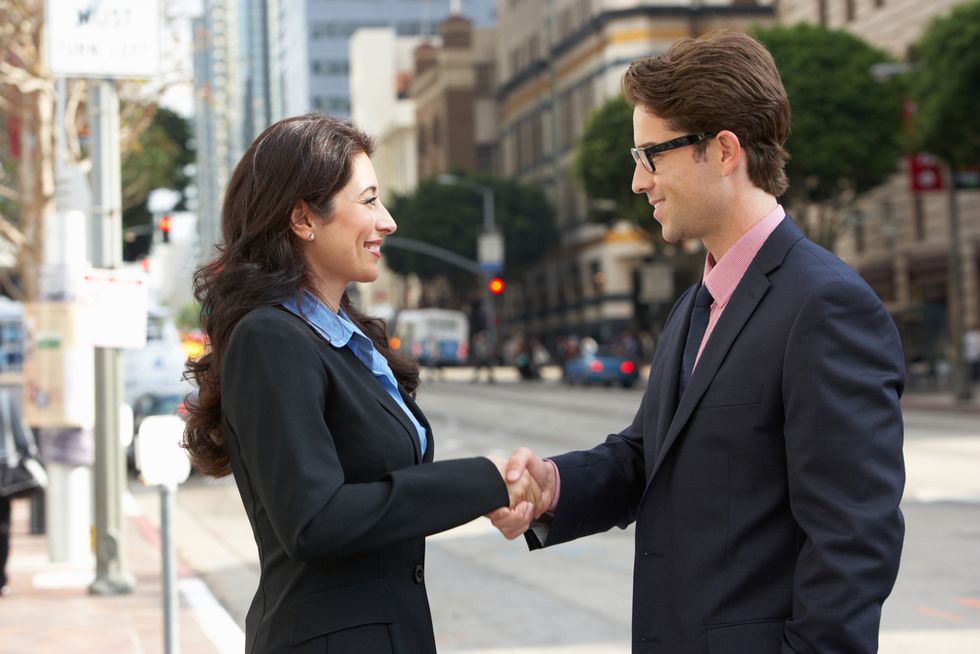 Whether you are just starting your job search, or you have been job hunting for a while, it should not come as a surprise that networking is a necessary component of your search. I say that knowing full well that for some people, especially those who are just starting out, it is a surprise. Many job hunters mistakenly think that they can be successful by submitting dozens of job applications a day while sitting in front of their computers still in their pajamas. Surely if you are diligent in applying for enough different jobs, something will stick…right?

Related: 5 Things You MUST Do During Networking Events

That logic would work if it weren't the case that only 20% of the jobs that are being filled today are being filled by job applications that miraculously make it through the maze of the Applicant Tracking System (ATS) and land on someone's desk. It can happen, certainly, but the facts speak for themselves. You limit your possibilities of finding opportunities if you never leave the house. I hate to break it to you, but the Job Fairy isn't going to come looking for you while you lounge around the house. The hard, cold fact is that to be successful at this job search game, you have to get out of the house, and you have to network. It isn't enough just to show up at a networking event, however. You must show up prepared to present your “A-game." You must dress the part; you must be approachable and personable. Dare I say it? You must do your best to be charming and memorable! You need to be prepared to say succinctly what it is that you do in a way that the people with whom you speak will remember you. If they hear of an opening that isn't a good fit for them but might be a perfect fit for you, you want to have left a positive impression.

How do you put your best brand forward at a networking event? I believe you need to do the following 5 things:

1. Dress at least one step above whatever job you want…even if the event is promoted as a “business casual" event.

I am old school, so I believe that we have taken the idea of “business casual" to such an extreme that you never know how people will dress. Just recently, I attended an event where one of the younger attendees honestly looked as though he had wandered in off the street. He was disheveled to the point of his wrinkled shirt hanging loose and his hair looking like it hadn't seen a comb since the night before. I was shocked, therefore, when he introduced himself as a young attorney who had just graduated from law school. He was offering that he was an “expert" in a particular kind of law, but all I could think was, “Seriously? This is how you show up for an event where you are making your first impression on 75 other people who might have connections that would be useful to you?" Based on my first impression, I would hesitate to offer this young man an introduction based on how completely unprofessional he appeared. How hard is it to tuck in a shirt that doesn't look like you just grabbed it out of the dirty clothes hamper? It is true that you never get a second chance to make a first impression, so you can't afford to screw this one up when it should be such a no-brainer. Dress up a little! Make a good first impression!

Even if you are unemployed, you can have business cards made that are inexpensive yet are quite effective. You only need to include your name, your phone number, an email address, and your LinkedIn URL (assuming that you have customized your LinkedIn URL. If you haven't done that, do it right now. Seriously.) Have the cards handy. Having to scramble for your cards makes you appear unorganized and unprofessional. Stock up on extra cards as you head out the door, and have them in a place where you can reach them easily and exchange them gracefully. Be careful about how you go about distributing your cards, however. Only offer a card when your conversation seems to lead to the conclusion that you want to plan to follow up for some reason. Ask the other person for his or her card. Then hold on to the card and follow up within 48 to 72 hours. Failing to follow up also sends the message that you are unorganized, unprofessional and that you didn't care about the exchange in the first place. If you aren't going to follow up with the people you meet at networking events, don't waste your time or theirs. Networking events are meant to offer introductions. Real relationships don't happen unless or until you follow up with those that you might help or who might be in a position to help you.

3. Smile and try to enjoy yourself.

Networking events can be painful for some people, especially those of us who are extreme Introverts. I have been known to say that I would prefer to go to the dentist for a root canal than to go to one more networking event. That was before I realized that I had the wrong attitude, however. Networking events don't have to be dreaded components of your job search strategy. Quite the contrary! You can adopt the attitude of one who has something interesting to offer, and you can set your mindset before you ever hit the door. Smile. Remind yourself that others there are feeling exactly like you do. Sidle up to the person in the room who looks as miserable as you might feel. Start with an icebreaker. A client once suggested that he broke the ice with, “Do you hate these events as much as I do?" What a great way to break through the awkwardness and establish instant rapport with a total stranger! And don't feel like you have to meet everyone there, either. It is much better to come away from any networking event with three or four cards from people you established a meaningful connection with and with whom you plan to follow up as opposed to collecting a dozen cards and then not knowing who was who or remembering why you might want to follow up. Your chances of actually following up with a dozen people also lessen as opposed to following up with three or four people.

4. Think of what you might be able to do for other people instead of going with the attitude that they must do something for you.

By focusing on the other people in the room and considering what you might offer them in the way of introductions or just making them feel more at ease, you take the pressure off yourself. I believe a lot of people show up at networking events feeling like they are wearing a big old “Loser" sign on their foreheads. Most networking events are for people who have been displaced or who don't have jobs at the moment, and they feel like they are in need as opposed to having something constructive to offer. Changing this attitude only requires that you consider the proposition for why you are attending the event. You are there to meet people, yes, but you are there because you might find someone who you can help, and at the end of the day, there is no better feeling than that.

As I said earlier. If you aren't going to follow up, don't bother to go. Stay at home and try your luck at being one of the 20% of people who land jobs by applying online. The key to successful networking is in following up. Call the people that you connected with at the event and set up coffee with them. Meeting them one-on-one will help you both determine if there is anything you can do to help facilitate the other's job search. You can commiserate over how your search is going if nothing else. These are just five of many of the elements that go into creating a personal and professional brand which becomes part of the overall picture of how you present yourself to the world. You cannot afford to ignore the fact that it is fundamentally true that you can do yourself a service, or you can do great harm to yourself if you don't heed this advice on how to show up at networking events. This post was originally published on an earlier date. Disclosure: This post is sponsored by a Work It Daily-approved expert.