New Managers: The Truth About Getting Respect 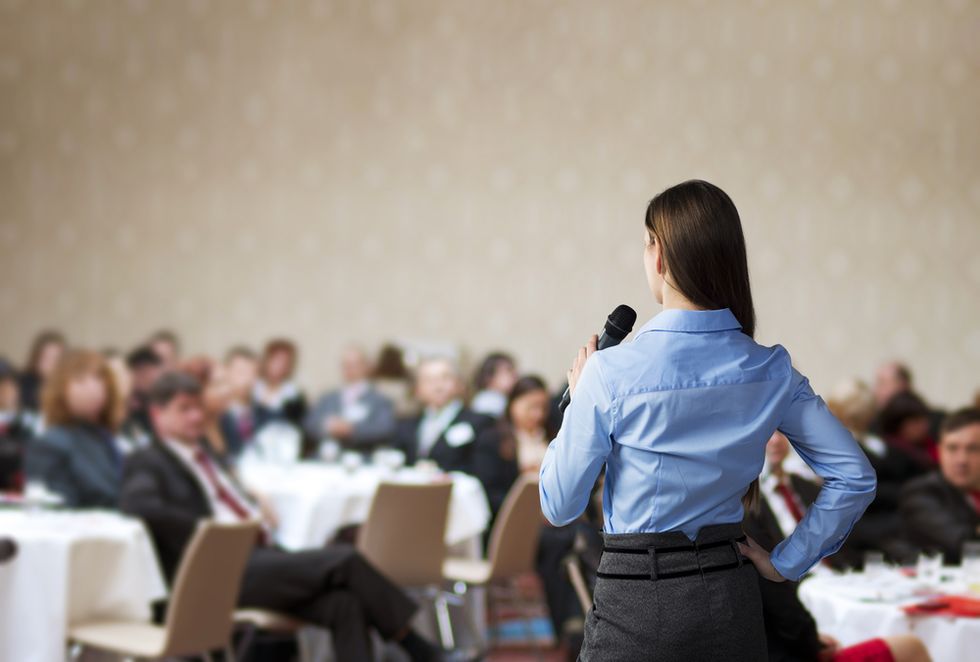 The following is an excerpt with minor edits from Awesome Supervisory Skills: Seven Lessons for Young, First-Time Managersby Tamara Murray. At age 28, I was promoted to vice president at a PR firm. Shortly after, I was tasked with closing our staff retreat with a talk. It was a tough task because it'd been a tough year. People were weary. Related: How To Manage Without Being Mean (Is It Possible To Not Be Pushy?) I prepared a thoughtful, motivational speech to remind everyone why we were there in the first place and why, despite our challenges, we were lucky to work with remarkable colleagues. I took a deep breath, looked around the table, and launched into it. And I immediately began crying. It was not a single, tasteful tear that conveys a professional level of emotion. These were full-blown sobs, the kind where you’re gasping like a toddler who fell off a swing. Apparently, I, too, was weary. I managed to talk through the sobs. Afterward, I packed my things and was out the door. The further I walked, the more my horror grew. I frantically texted my manager asking him how big of an ass I made of myself. Then, I texted my direct report with the same question. I was suffering from, as researcher Brené Brown calls it, a “vulnerability hangover.” Every time I replayed the scene in my mind, I died a little. Who would respect me now?

Would you respect you?

Experts have written about generational differences regarding respect. Baby Boomers, for example, are more likely to respect someone because of their position of authority. Millennials—the fastest growing group in the workforce—are less likely to respect authority "just because." Instead, they respect leaders who are caring, approachable, and aware. This means if you ever dreamt of saying, "Why? Because I'm the boss," you can promptly kiss that dream goodbye. Respect is earned by being a person worthy of respect. When it comes to earning respect as a manager, it is better to be loved than feared. And the best way to be loved is to be real. Too often, managers think they need to be superhuman or better than the people they manage, but nothing could be further from the truth. Yes, as a manager, you need to hold yourself to a higher standard of behavior—to model what you expect of your team. That aside, you want your team to see you as a real human being they can connect with.

The courage to be seen as you really are

My manager and my direct report both texted back right away. They said not to worry and that I did great. I chalked it up to the fact that they could tell I was upset. But as it turned out, what I thought was one of my top five most embarrassing moments was actually one of the biggest things I did to boost my credibility as a new VP. People from all levels of the firm thanked me in person and by email for the inspiration. A colleague who missed the retreat told me she heard others singing my praises. I got a round of applause at the next staff meeting. Not because I cried, but because I was real. I didn't put on a happy face and pretend everything was peachy. I showed that even leaders struggle, but they care, they persevere, and they want things to be better, too. One of my favorite bloggers, Penelope Trunk, once wrote, "Authenticity is magnetic. It makes everyone lean in closer." It takes bravery to be who you really are, and that will earn you more respect than any title ever will.

Here are some tips for earning respect and being a good manager:

Ask your team for help, often

No one expects you to be all-knowing. Even the president has advisers. If you're not sure what to do, say so. People will appreciate the honesty and share their ideas. Your job is to make the best decision with the information you have.

Think through problems together

If a problem arises, talk through options with your team. When deciding the best option, explain your logic. For example, "Option A and Option B are both good ideas, but ultimately it's more important for us to be done by our deadline." They don't have to agree, but at least they'll understand your thinking.

While you want to be authentic, it is also your responsibility to keep your team motivated. If you act defeated and say negative things too often, this will rub off on your team. If you need to let off steam, talk to fellow managers or your own supervisor. Unless you are the pinnacle of professionalism, you will probably slip up on this—and feel regret the moment you see your team’s reaction to your words. Remember, nobody’s perfect; just take a deep breath and move on.

Own up to mistakes

Say things like, "Here's why I thought this was the right decision," or, "I apologize that this mistake means we'll have to [describe the implications]." You don't have to beg for forgiveness, but you have to acknowledge what happened. This post was originally published at an earlier date.

6 Important Traits Every Effective Manager Needs To Have Young Workers: How To Gain Respect Of Older Co-Workers Why You Should Hire For Personality, Not Just Experience   Photo Credit: Shutterstock