7 Traits Of People Who Get Promoted 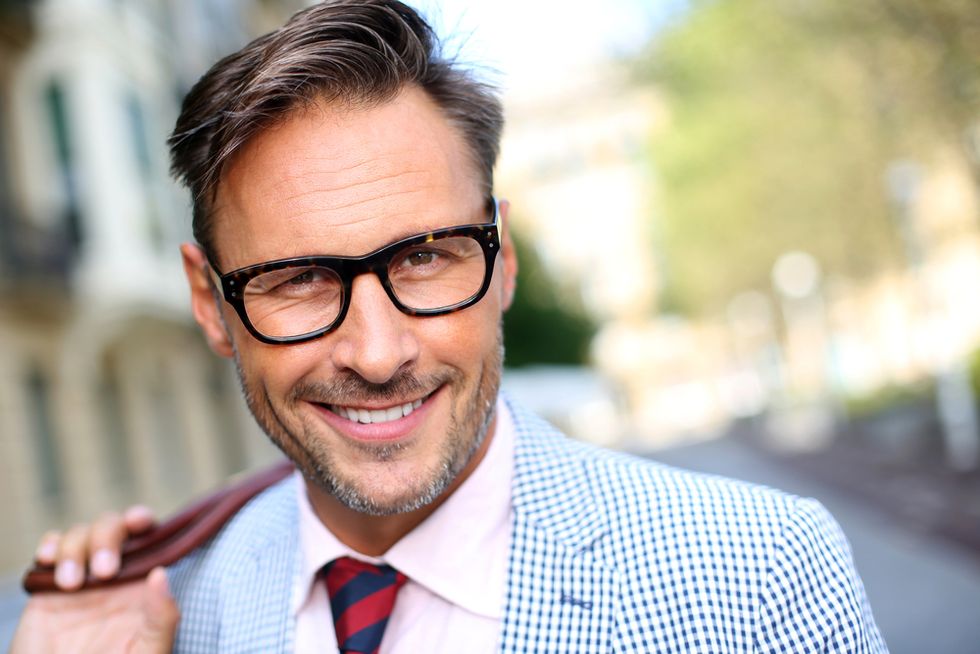 Do you dream of fine suits, high-rise offices, and important people waiting on your phone calls? Maybe you're tired of slaving away in the office without receiving any of the recognition you deserve. Or, feeling that there’s nothing wrong with just wanting an extra zero or two on your regular paycheck. Related:How To Be The Employee Your Company Wants To Promote Whatever your reasons for seeking that promotion, here are seven mental and psychological traits that will equip you for the challenge of moving up in the world.

When asked about his success as the founder of Oracle Corporations and the highest-paid corporate executive in the world, Larry Ellison once said, "I have had all of the disadvantages required for success." Perseverance and persistence are the greatest qualities you can have as you fight for a better station in life. No career is going to be perfect, and no projects are going to proceed without mistakes, setbacks and failures, but what ultimately matters isn't what you go through; it's how you rise above it.

Much has been made of loner geniuses who skyrocket to success despite wearing sandals to investment conferences and showing a general disregard for the opinions of others. Some of the most influential and successful people in the world are the kind of people who have no concept of social etiquette, yet don't make the mistake of thinking that you are one of those people. The Mark Zuckerbergs of the world are an extremely small percentage of successful people overall. The rest made their fortunes through networking, good impressions, and advantageous partnerships with others.

Note that confidence doesn't equal boldness. You can be completely fearless in the boardroom, but cowardly when it comes to seizing opportunities or putting your name on a startup venture. What you need to develop is an inner strength, an assurance of self that allows you to put yourself out there, even if you know it may blow up in your face. Big risks can mean big rewards.

4. The Ability To Prioritize

As you climb the corporate hierarchy, it's only natural that you assume new responsibilities and tackle new challenges. However, it's important not to let yourself get bogged down by the minutiae. "I could go insane if I obsessed over every little detail of all of my companies," says John Paul DeJoria, the self-made billionaire who runs the John Paul Mitchell brand. "My management philosophy is to pay attention to the vital few and ignore the trivial many."

If you want to be successful in any career, you need to take responsibility—even for issues that aren’t directly your responsibility. Your boss isn't going to look at you one day and say, "Well, you make less mistakes than the other guy, so I guess I'll put you in charge." He's only going to give you more authority if he trusts that you can handle it. Even if your colleagues do make a habit of messing up, the right response isn't to point fingers and deny culpability; it's to educate them and stop the mistakes from happening again. In essence, you need to be a part of the solution, even if you aren’t part of the problem. Part of being in charge of other people is taking responsibility for everything that goes wrong around them and because of them.

No one is going to hand you a better job, not even if you deserve it. You need to be willing to grab life by the horns and make things happen. A good way to start taking initiative is by turning every complaint you make into something positive. For example, the next time you catch yourself muttering about the office's poorly-networked computers, start calling cloud service companies and seeing how much they charge. Then, work up a budget and take it to your boss.

7. A Commitment To Improvement

Todd Pedersen dropped out of college to run a business out of his trailer. Today, he's the founder and CEO of Vivint, a home security company valued at more than $2 billion. According to Pederson, he owes all his success to three questions that he asks himself about every project or major decision: "What else is out there? What can we do better? How can we improve?" He used Vivint reviews and customer insights to improve his business and his skills to the next level. If you're serious about rising through the ranks, you need to realize that self-improvement isn't a one-month or one-year effort. It doesn't have an expiration date at all. You need to consistently, unerringly and frustratingly strive for better every single day of the rest of your life.

How To Show You Deserve A Promotion7 Reasons Why You Lost That Promotion6 Ways To Position Yourself For A Promotion   Photo Credit: Shutterstock

I have had moments in my schooling that shine brightly—playing a card game in Mr. Ritter's 8th grade social studies class with the true purpose being to show just how difficult it was to survive the Holocaust as well as having an opportunity to create our own country using the same economic, social, and political characteristics that define authentic nation states. I also remember Ms. Ziemba's 9th grade English class where she would routinely pause our reading of fiction to allow us to predict what would happen next as well as my foreign language classes with Mrs. Kane—"Madame"—and Mr. Tellis where we would act out every day conversational scenarios using tone, props, and facial expressions.

As a job seeker, you're probably not using LinkedIn correctly—in the way that allows recruiters to find you. In fact, recruiters aren't going to tell you what they do to find the best job candidates. If you want to have job search success, you need to use LinkedIn to its fullest potential, the way it was intended to be used.