How Sleep (Or The Lack Of It) Affects Your Work Performance 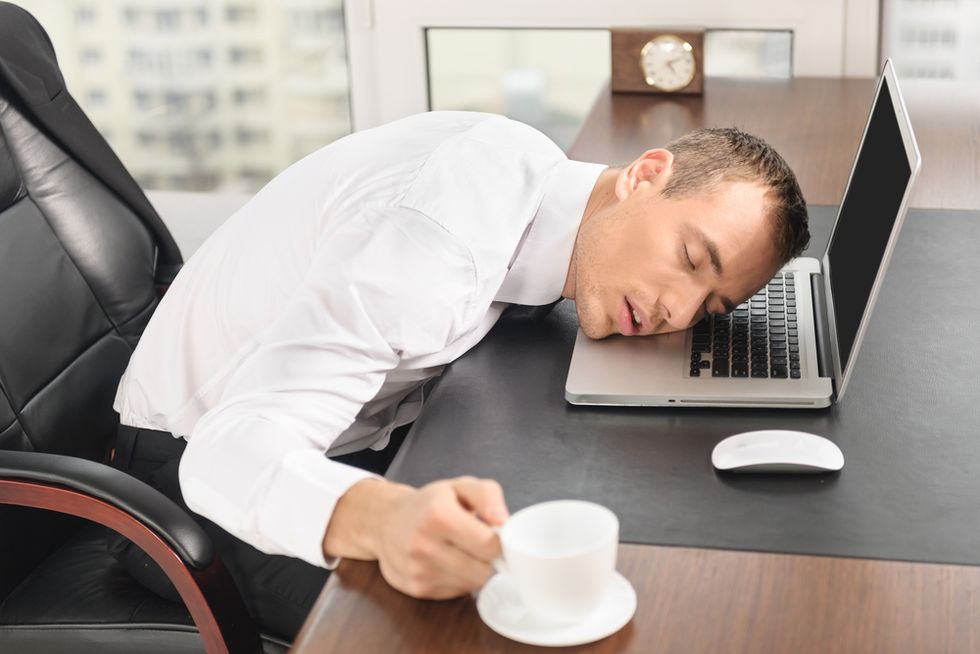 The fast pace of life in the 21st century and the round-the-clock demand of career, family, social life, and community involvement cut back on a person’s sleep. Too many nights of sleeping less than what is adequate is partly responsible for having low energy levels that impact on a person’s performance at work, at home and beyond. In general, a person’s concentration and the amount and quality of his work decline by 30% because of lack of sleep. Related: 5 Healthy Habits To Help You Sleep According to a 2008 Sleep in America Poll conducted by the National Sleep Foundation (NSF), almost 50 million Americans have sleeping problems that adversely affect their personal, home and work life. 29% of the poll respondents dozed off or became sleepy at work, 36% fell asleep or became drowsy on the wheels, and 20% had their sex life affected.

Other effects of lack of sleep on the workplace

The effect of lack of sleep on productivity is well documented, but other than that, sleep deprivation is also associated with unethical behavior and impaired decision making as well as innovative thinking. A sleep deprived person has sudden mood swings, and could be more irritable and fractious. This behavior could make him a lot of enemies in the workplace. Sleep deficiency also has a negative effect on the prefrontal cortex, that part of the brain that plays a role in regulating complex cognitive behavior, decision making, emotional behavior and social behavior. People who are sleep deprived may be at risk of developing high blood pressure. It is believed that sleep aids the blood in regulating stress hormones as well as ensures a healthy nervous system. Too many sleepless nights could unfavorably affect the body’s ability to regulate stress hormones.

How much sleep is adequate?

Enough sleep according to the Mayo Clinic differs from one person to another. A normal adult needs approximately seven to eight hours of sleep at night, but adequate sleep means sleep that induces a feeling of well-being and daytime alertness. However, the NSF says that there is “no magic number” to the amount of sleep an individual needs, and this is because of two factors: Research suggests that the basal sleep need of a healthy adult is from seven to eight hours nightly which jibes with Mayo Clinic’s definition of adequate sleep. However, the combination of basal sleep need and sleep debt complicates things. One case in point could be when a person who may meet his basal sleep need but has accumulated some sleep debt. This guy could still be feeling sluggish every so often because of this mix. And this could happen especially in times of the circadian rhythms, those times of the day when the body is biologically conditioned to be less lively and more drowsy, such as in mid-afternoon or during overnight hours. A person may suddenly feel intensely sleepy during these times or even still feel dopey upon waking up. But there is hope after all since studies have shown that sleep debt can be paid off or worked down. This post was originally published at an earlier date.

Increasing Productivity At The Office Is As Simple As… 3 Steps To Genuine Productivity At Work 7 Ways To Stay Productive At Work   Photo Credit: Shutterstock
From Your Site Articles