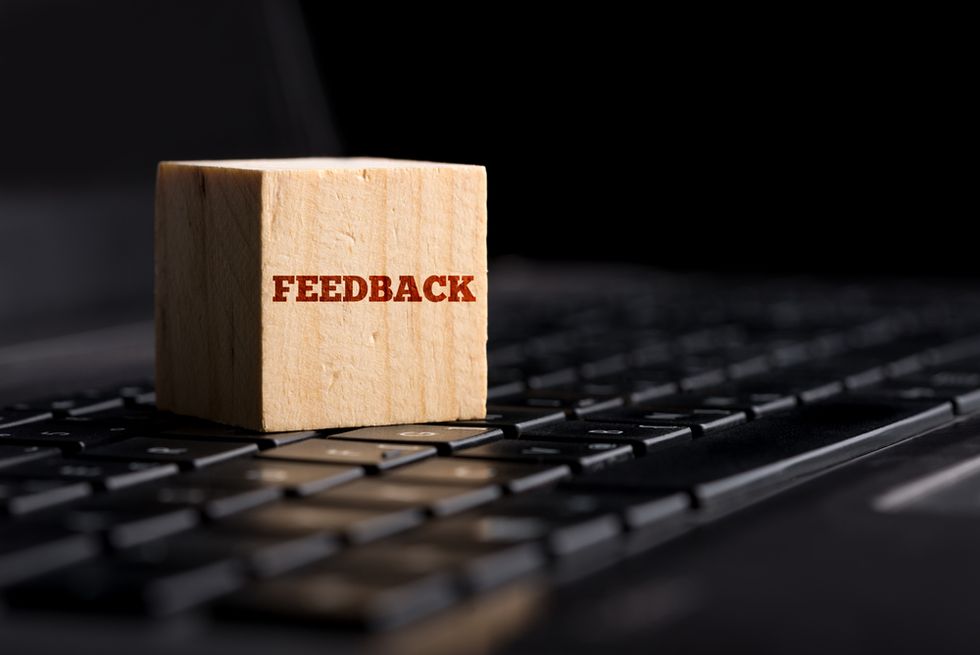 In Part 1 of this series, I postulated a formula for some of the “known” elements. The formula suggests that each of this factors can contribute to the success – or failure – of a retention strategy. Successful Retention = f (Objective Expectations, Compensation, Training, Recognition, Feedback, Organizational Culture, and…) The objective expectations component was discussed in Part 1. Part 2 discussed the challenging aspects of compensation. Part 3 discussed training; Part 4 discussed recognition. In my experiences training 1000’s of managers for a variety of organizations, I’ve found “feedback” one of the most fascinating, particularly because there are powerful lessons from many different sources.

We Know A Lot About Feedback

For clarity, I want to focus specifically on direct feedback on performance, positive or negative, differentiating this from “recognition” where positive and/or organizational feedback is often included. While this is most frequently focused on feedback provided by someone supervising an employee, it often comes from other sources. The power of feedback is well documented. From “First, Break All the Rules” (Buckingham/Coffman) we learned about the “Gallup 12” and we know the “In the last seven days, I have received recognition or praise for doing good work” (Emphasis added). The power of this research, demonstrated by this factors fourth place position as a critical follow up to the key first question: “Do I know what is expected of me?” In “12: The Elements of Great Managing,” Rodd Wagner provides some of the key details on Gallup’s research on feedback: Even more interesting is the reported information from Wagner on how feedback affects the brain and directly affects the performance of teams: Carol Dweck (“Mindset’) showed that there is a significant performance difference for “You must have worked very hard” compared to “You must be smart at this.” In one phase of her detailed experiments, she identified that students praised for their efforts (“worked very hard”) exhibited average scores increased by 30%. One of the most important factors of Dweck’s research is that it shows how complicated delivering good positive feedback can be. Robert Cooper (“Excelerating”) adds a fascinating element to the importance of feedback, beginning with the results he reports that 58% of employees “seldom if ever receive personal thanks from their employer.” But more importantly he provides an extremely provoking thought about feedback: “Some people have lived or worked with you for long enough to have earned the right to give you feedback. Their comments should always be taken into consideration. But most other people have not earned the right for you to listen to their criticisms, so don’t.” When I first heard this material from Dr. Cooper, I decided to seriously search for some personal examples. I first recalled a manager who I worked for during high school and college, seven years working for one of the best managers of my entire career. He was a true mentor who quickly earned the right to be believed with everything from a simple, sincere “thank you” to a firm discussion when something wasn’t right. I then fast forwarded to a more recent example. I have had the pleasure of becoming more than just a fan of a well-known singing group. I’ve been able to travel with them a few times, help them set-up, work merchandise, and so on. I should note that I have little if any musical or singing talent. At the intermission of a show one night, a member of the group approached me and specifically asked “Jim, how is the sound?” I looked at him and fairly bluntly told him that it was not good – something was wrong with the “mix.” What’s important about this feedback is that I discussed this with him later – he told me two things: First, the audience will rarely say anything – asking them will most often get “it’s great” (unless something is terribly wrong). But more importantly, he stated: “We know you’ll tell us the truth.” Interestingly, just three weeks, ago they asked me review a special event – “loved by fans” for the same reason. I had “earned the right to give feedback” to this group and earned the right to be sought for feedback. Feedback is critical and if managers want to retain top performers they need to become actively aware of both its pitfall and powers. There are two more specific examples that I want to discuss on the power and options for feedback. In the next post for this series, I’ll offer these additional examples and look at specific guidelines for providing both positive and negative feedback.

Don GoodmanAaron SanbornJenna Arcand
Bigstock
Even when you have the education and professional background to qualify for the job, don't count on it as a sure win that you will be asked to come in for an interview. In fact, your qualifications may hinder your chances.
Read moreShow less
overqualified resume
Popular

Read moreShow less
how to disagree with your boss
Featured