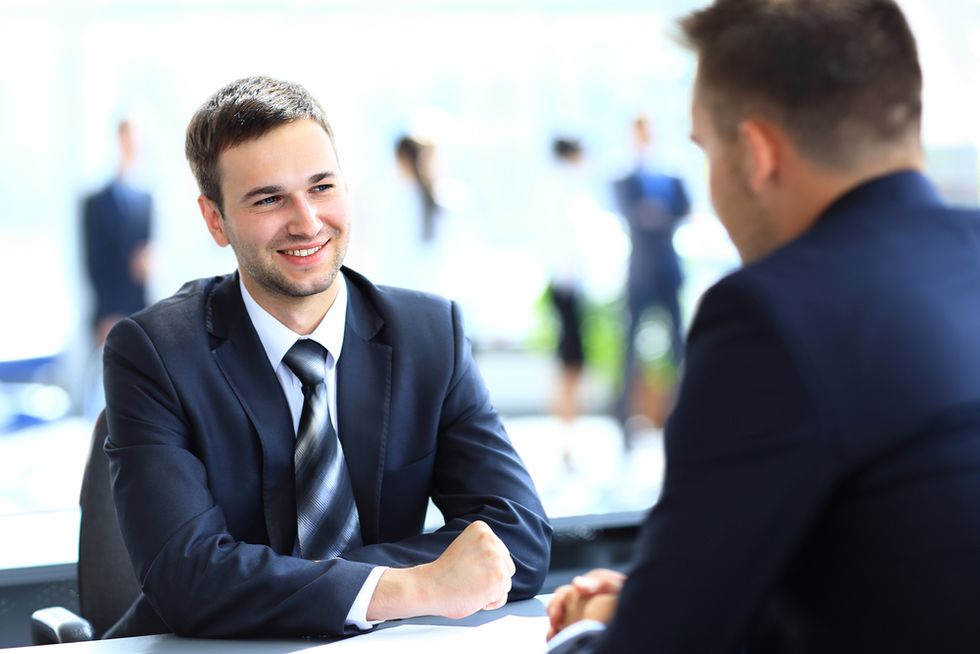 Ok, let me be the first to admit it. Though ‘common symptoms’ may shout out ‘common sense’ or ‘review material’ for readers - I am confident - continue reading, and more will be revealed. Watch:2 Steps To Being More Likable During Interviews During the process of writing my book until present day, I have formally and informally interviewed dozens and dozens of recruiters, hiring managers, and prosperous job seekers to formulate common themes and variables of successful interviews – defined as resulting in job offers. I made it a point to speak with as many people as possible who were just recently hired for a new job, and asked them specific questions to find out ‘how they did it.’ This research and its findings can offer power in its simplicity.

Here are three symptoms I found active in virtually EVERY SINGLE job seeker who got hired.

Differentiation: a term based on the “Law of Differentiation;” its definition translates how being ‘different in a positive way’ is an extremely powerful marketing tool. In my opinion, companies such as Appleand Uber are terrific examples of the application of this law. Similarly, every person I interviewed mentioned they had said, done, or possessed something which separated them from the competition in an employer’s mind. In many instances, the employer even directly shared with the candidate that this ‘difference’ was one of the primary reasons they hired them. Differentiation can include possessing a specialized skill set, degree, or work experience. Or, it can be more practical, creative, and attainable. A young man I interviewed with experience as a sales rep began researching and connecting with potential clientele for a new position he was interested in. The difference in this story: This young man carried out his ‘job description’ BEFORE the first interview; sharing strategies for new business units upon meeting the employer! This cost nothing more than his time and a bit of gas money. He was also immediately hired. Prior to him, the hiring company had been interviewing ‘unsuccessful candidates’ for over six months.

Common sense? Perhaps. Still, it stuck out like a sore thumb as a symptom of successful job seekers. Confidence can be mistaken by many to only look a certain way, but it actually manifests itself in many different ways. Being confident isn’t just about being “socially confident," “admired by others," or esteeming oneself “highly.” The successful job candidates interviewed ranged in their levels and types of confidence, but they did share a certain kind of confidence. Successful candidates across the board were confident that they would do a great job for the position they applied for. They were able to give companies specific reasons they could contribute and perform essential tasks of the job better than others. Although some of these people mentioned being “surprised” they were officially offered the job or that they were nervous about starting, after reviewing the content of their interview, it was very clear how they demonstrated confidence to the employer.

One translation: “Person-able.” Are you able to be kind and friendly towards a person? Able to be punctual? Able to be a good listener and really hear the employer speak about what they’re looking for? The 80/20 rule of hiring suggests 80 % of people hire candidates they like and see as a good fit vs. 20 % of people hiring candidates primarily based on the highest level of qualifications. The success stories I heard incorporated forming good connections with the person(s) conducting the interview. Examples involved sharing similar passions, visions, experiences, and even hobbies with the interviewer. Clearly, there are certain positions that require someone who needs to be more “personable” in their daily job interactions versus a position that may need someone working behind the scenes and not necessarily a “people person.” Regardless, I’ll use a personal story as an example. Recently, I was interviewing nearly a dozen people to have my website developed. All the candidates interviewed had excellent credentials and impressive work showcased. Though most of the “work” would be done online, I still didn’t end up hiring the guy who had the best credentials and highest ratings. Other factors were involved, but essentially I hired the guy with great credentials and whom I felt more able to connect and communicate with. This guest post was written by Scott Engler, author of The Job Inner-View.

#1 Secret To Getting A Job InterviewDon’t Ask These Questions During An InterviewFixing These Mistakes Tripled My Phone Interview Success Rate   Photo Credit: Shutterstock