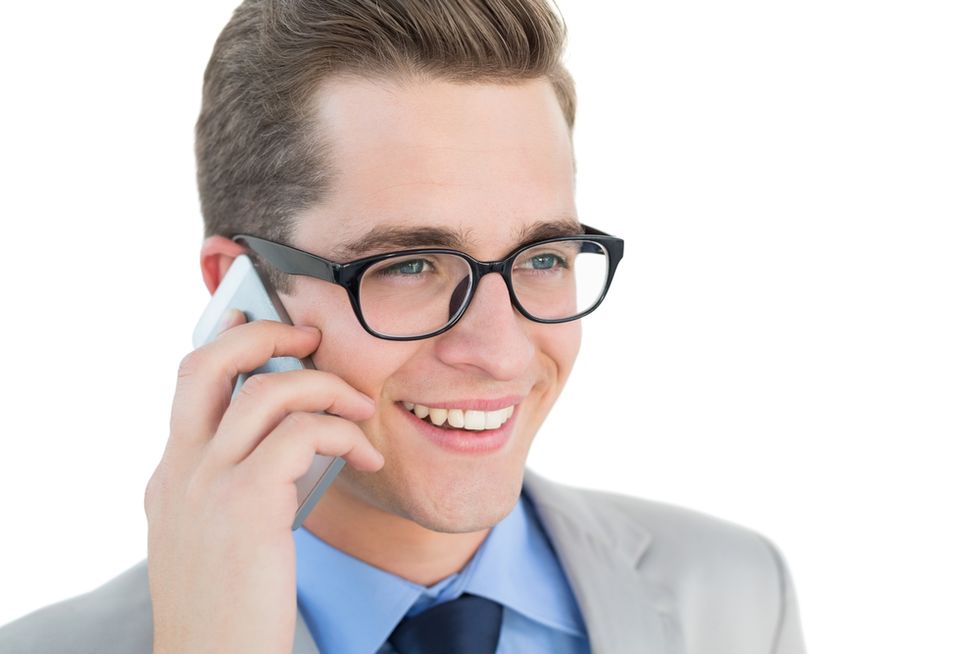 A while back, I went through a brief period of unemployment. After fixing up my resume to stand out from all the other job seekers, I started getting a lot of calls back from potential employers. The thing is, I ran into another problem - less than one in four phone interviews led to an in-person interview. Related:6 Tips To Ace Your Phone Interview I knew I had a problem, so I started studying everything I could about interviewing, as well as conducting mock phone interviews with my friends and asking for honest feedback. Within a week, I was able to identify five issues that were holding me back, and after fixing each of them, my success rate tripled - five of the next seven phone interviews resulted in an invitation to interview on-site. Since then, many people I’ve worked with have had similar results. By addressing the following five issues, you too can double, triple, or even quadruple your callback rate.

Initially, I realized that I was projecting a lack of confidence and professionalism. I spoke too quietly, with a bit of a quaver in my voice. I wasn’t assertive, and was overly modest in describing my accomplishments. At first, I tried to address this set of issues directly, but with little success - after all, you can’t just force yourself to be confident. Everything changed when I remembered a little piece of advice that a college professor once gave me: dress up for phone interviews just as you would for an in-person. Because your appearance feeds back into your mental state, dressing for success will make you feel as though you’re bound for success. Dressing well fixed 80% of my confidence issues; the next item on the list fixed the rest.

Your posture affects your phone interviewing in a few different ways. First off, like your clothing, it affects your mentality - confident posture will make you feel more confident, and speak more confidently. Second, your posture affects your breathing - slouching actually forces you to sound wheezy and lethargic, while standing up straight will cause you to sound more powerful, regardless of how you feel. Third, your posture affects your energy level and how quickly you process information. Almost everyone should stand while interviewing - the one exception is people who are extremely high-string, who might benefit from reclining to calm themselves down. Stand up straight to get the most of your voice, breathe properly, and feel confident. Make sure you breathe through your belly rather than heaving your chest. If possible, stand in front of a full-length mirror so you can spot-correct your posture as needed.

Your ability to interview well is closely tied to knowing what you’re talking about, and having a deep understanding of who you’re talking to and what their pains are. 80% of the interview is decided before it even happens- by how well you’ve researched your target company, strategized for how you’re going to present yourself, and prepared talking points. First off, read everything you can about the company, and the part of it you’ll be working in. If possible, talk to a current or former employee in that department - former employees will be more honest and maybe easier to talk to, but current ones can help you get the job. You should also have answers prepared for the interviewer’s questions. This is easy to do, since you know you’ll be asked about what’s on your resume and cover letter. However, answering questions isn’t everything...

The single biggest misconception people have about job interviewing is that it consists solely of an interviewer asking questions, and an interviewee answering them. Now, of course you should answer the interviewer’s questions, but you should also be showing that you’ve done your research, and asking some questions of your own. The interview as a whole should be more of a conversation. After researching the company, your next step should be to prepare a set of questions to ask the employer, as well as 2-3 talking points you want to bring up. Rehearse these until you know them by heart and sound good saying them.

Interrupting people is an extremely aggravating habit, and unfortunately, you’re more likely to do it once you’re confident, well-prepared, and planning to drive the conversation yourself. This is an insidious problem that people can go their entire lives without recognizing. The best way to fix it is, first, to video record a mock interview, or just a normal conversation, with a friend. Second, before speaking, pause for two second to make sure the other person is done speaking. This is a guest post.