Here's Why These 5 TV Bosses Are Literally The Worst 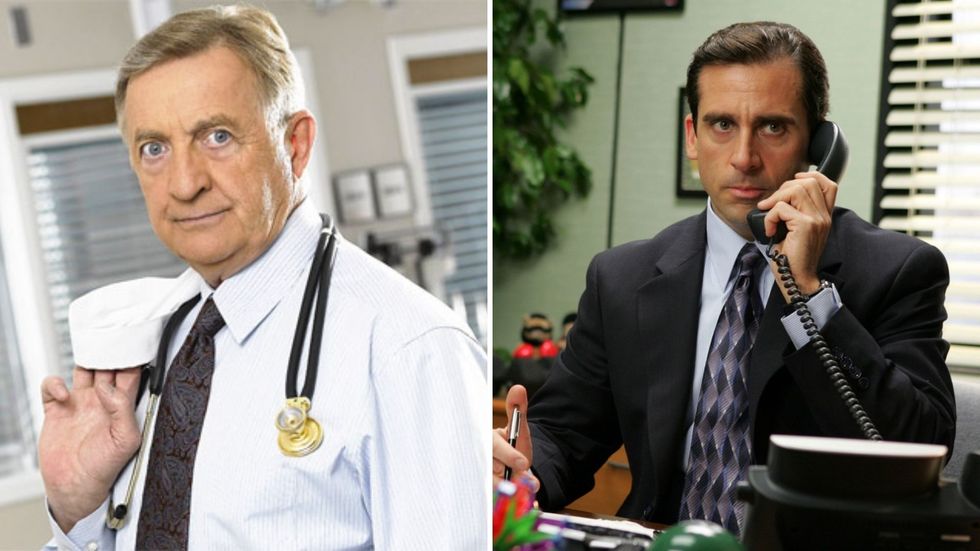 There's no doubt that TV characters stand out for a number of reasons -- especially if they're a TERRIBLE boss. These characters often make you think about this question: If they were your boss, would you show up to work everyday?

There are bad TV bosses, and then there are the WORST TV bosses. Here's who made our worst list and why.

Sure, Michael Scott has good intentions and a big dreams, but that doesn't make him a good boss. Here's why he's on our worst boss list:

• He often prioritizes his need to be liked over his work.

• He kills workplace productivity by making his staff participate in his wacky antics.

• He's willing to put members of his staff down just to make himself look better.

• He has very little regard for other people's needs in the workplace.

4.Annalise Keating (How To Get Away With Murder)

Annalise Keating is a brilliant defense lawyer and professor. She knows how to succeed at her job, but is she a successful leader? This is what landed her on this list:

• She LITERALLY helps her interns get away with murder. How does that teach them to take responsibility for their actions?

• She also teaches her interns that they can get whatever they want by manipulating people. How is that good mentoring?

• She creates a high-stress work environment due to all her scheming.

• If she has dirt on her staff, she uses it to manipulate them. Would you want your boss doing that?

Dr. Bob Kelso is the Chief of Medicine in "Scrubs," but he's an awful leader. Here's why he's at number three on this list:

• He CONSTANTLY puts his staff down, even if someone did something right. He can't give credit where credit is due.

• He never takes the needs of his employees into consideration. He does what he wants, when he wants, no questions asked.

• If someone is praised for their work, he always tries to jump in and take credit, even if he had nothing to do with it.

• He only sees patients as paychecks, not people. That kind of thinking KILLS workplace morale, especially within the medical field.

Mr. Krabs will forever live in TV boss history, but for all the wrong reasons. Here's why he's number two on this list:

• He only cares about profits, and will do whatever it takes to put more money in his pocket.

• He overworks his employees and doesn't care about their well-being.

• He's willing to exploit his staff and subject them to poor working conditions to save a couple bucks.

I dare you to find a worse boss than Mr. Burns from "The Simpsons." Here's why he takes the top spot:

• He is straight-up evil. As in, he's willing to do TERRIBLE things to people just to get ahead.

• His greed knows no bounds. He's sole focus is on money and success, therefore he doesn't care about anything else, like workplace culture or team building.

• He makes his employees fear him. Would you want to work for someone who terrified you? He also risks his employees' safety on a daily basis.

• He only sees his employees as workers who can be disposed of at any second. He doesn't want to invest in anything that would benefit his staff, which leads to employees becoming unhappy at the workplace.

Even though these TV bosses are fictional, there's a lot we can learn from them. We can learn what not to do in the workplace, and how our attitudes impact the workplace.

You can also count your lucky starts that you don't have to report to these terrible bosses on a daily basis. But if you HAD to, which bad boss would you work for? Vote below!

If you had to work for one of these terrible TV bosses, who would you choose?