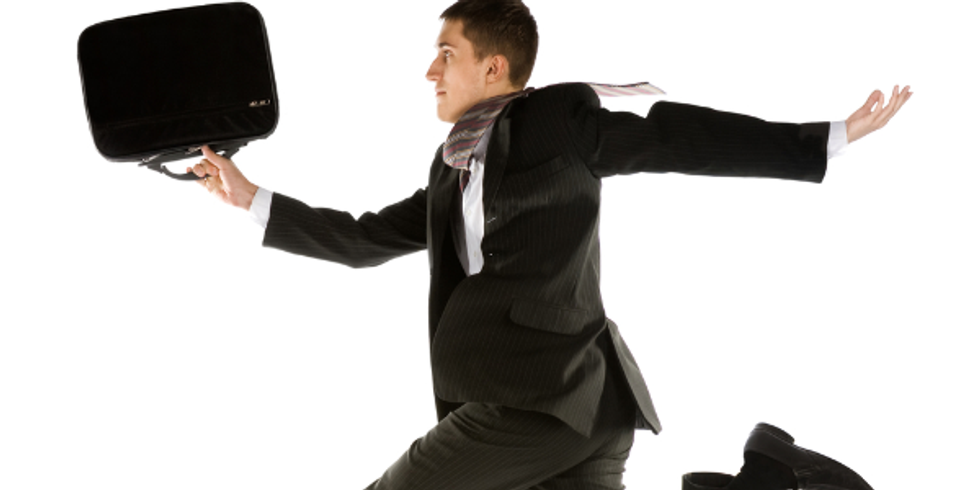 As a resume writer, I hear some of the most dreadful tales imaginable from clients about searching for or changing jobs. From the gentleman in Los Angeles who lost his job (and his wife lost hers in a similar layoff at the same time), then moved to Portland, OR, found work, but then was laid off eight weeks later...to the general manager of a high-end Florida restaurant who was lured away from a stable, good-paying job to open a new place in the mid-Atlantic region only to be handed a pink slip two months later from an unstable business partner (who became erratic just shortly after my client's arrival).

Then there's the boss who is just peachy in the interview and turns into Bosszilla the day you report for work, and your life has been miserable ever since. (Lots of people can relate to that scenario, unfortunately!)

As anyone who has looked for a job knows, there is no such thing as a "sure bet" for employment. A lot of what goes into accepting an employment offer means exercising your "best guess" because, just as you are on your best behavior, the company for which you are interviewing is usually on their best behavior as well.

There are exceptions, of course. Case in point: Many years ago, I was on the fast track to getting hired on to a company which was, quite attractively, less than a mile from my house. (I had been commuting 30+ miles each way and had horrible traffic to contend with – which made this opportunity all the more attractive.)

However, little "red flag" indicators along the interview process started to pop up. Probably the most blatant one was when the human resource manager leaned over in one of my several interviews, and told me that the person I would be reporting to was a real hothead. Really? Wow.

Several other things came up as well that put me at unease, and in the end, I actually took myself out of the running because I could see a very unhealthy workplace in the making. And I walked away, secure in the knowledge I made the right decision. If the HR person told me that the boss was a hothead IN THE INTERVIEW...things weren't going to get much better once I came on board!

The point is there are several things you need to be thinking about when jumping ship or accepting employment at another organization. If you keep these critical points in mind, you'll be just a little more secure when making a big decision to go to work for a different company.

1. Do your due diligence - check the company's financial status.

Many larger companies are often in the news. Review company stock reports and read up on the company mentioned in news articles – many times, these business publications provide tips and clues about company fiscal health. Don't be afraid to ask questions in the interview about the financial health of the company. Some companies are currently at a balancing point that a few more financial hits might send them tumbling into bankruptcy or even closure, and you'll want to be well aware of their situation before signing on.

Hopefully, one of the reasons you landed the job interview is by way of someone who is an internal contact or has insider knowledge of the company. Make sure you plumb your connection's insights as to the organizational culture. Sometimes, they can provide valuable insights as to personalities to avoid, core organizational challenges, and internal politics. What is the morale like? Are employees energized or cringing? Asking questions such as, “What kinds of professional development does your company offer?"can also tell volumes about how a workplace might value employees. Are they willing to invest in staff to improve their job duties?

One thing many job seekers fail to do is realize they are interviewing a company just as much as they are interviewing the job seeker. You may be in a bad situation currently, but can you afford to jump ship...literally from the frying pan into the fire? Be alert and watch from cues...if you are in a panel interview with the boss plus several peers, watch the interactions closely to see how people react to the supervisor. Are sideways looks exchanged, body postures tense, or are answers clipped/restrained? Observing employers in the laboratory which is the job interview can provide valuable insights on what might be going on in the background, and those are absolute indicators of what could be problems in the future.

Before you consider accepting employment in another firm, you need to do research...and a lot of it, beyond just understanding what the target company is all about.

The old axiom of “Last hired, first fired" carries a lot of weight. Just as I mentioned earlier, there are no 'sure bets' when it comes to finding "secure" employment, you definitely want to do your very best to ferret out any potential problems with a prospective new employer before committing to jumping ship.

You could just save yourself a whole lot of aggravation and will make a much more informed decision as a result.

[This article was originally posted on an earlier date]

Dawn Rasmussen is the chief resume designer and president of Pathfinder Writing and Career Services.