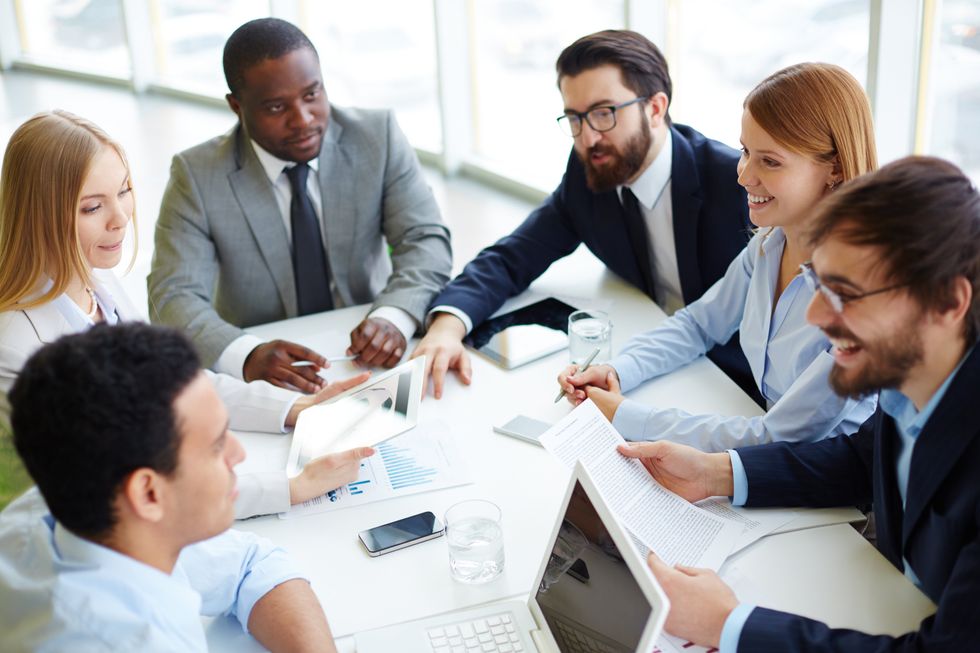 A good friend recently reached out to me regarding a problem he was having at work. Let's call him Bill. Bill was part of a project team that was working on a hot new service the company he works for wants to create for their existing customers. He was chosen to be on the team because he manages the billing for the company. So, the project leader thought it might be good to have someone from accounting on the team as a way to make sure that whatever they came up with, the department knew what and why they charged for the service the way they did. Sounded like a great reason and a smart project leader to me, but then Bill explained the problem...

“At the first team meeting, I was nervous and didn't want to say anything stupid. It's the first time I've been invited to work on one of these teams for the company and I've been working there three years. So, I just listened carefully and took notes. The rest of the team was talking widely and brainstorming ideas. It was almost too hard to keep up. At the end of the session, the project leader looked at me and said, “Bill, do you have any thoughts you want to share?" I did have some things going through my mind - mostly, a lot of clarification questions about the project, but I decided to hold off for the time being and I just said, “No." Well, since then I've found out there are have been several impromptu team meetings that I wasn't invited to. Instead, I just get an email afterwards recapping what was discussed at the meeting and the next steps they are taking. It's like I'm invisible." As soon as he was finished, I told Bill that he had made “Communication Sin #1" - and he needed to fix it fast.

When Bill passed on the opportunity to speak in that first team meeting, he basically said to his teammates, “I have no reason for being here." It was as if he admitted to the rest of the team that he was out of his league and had nothing of value to contribute. Now, we know that's not true. In fact, Bill's mind was swirling with questions he wanted answers - a clear sign that his experience was telling him there were things that needed to be defined. Yet, out of fear of appearing stupid, he didn't ask them. And that, my friends, actually made him look worse!

I can appreciate why Bill didn't want to pellet the group with his questions. I actually think he was wise not to. BUT, he should have let the group know that his silence in the meeting was by no means an indicator of him not having anything to contribute. Instead, he should have used that to his advantage by saying, “I actually have a lot of thoughts and questions swirling in my head right now as it relates to how you can price this product and invoice them effectively. What I'd like to do is take some time to write them out and send them to the team by email. That way, we can wrap this meeting up and keep things moving forward." This simple statement would have given Bill the chance to explain his thoughtful nature and buy him some time so he could process his thoughts and then share them with the team in a way he felt comfortable doing. My suggestion for fixing the current problem was simple: Go to the project manager with a list of thoughts and suggestions and ask for permission to discuss them with the team at the next meeting. This would give Bill a chance to prepare and would force the project manager to include him in the next meeting. From there, Bill could re-establish his role on the team and start to engage them as a way to prove his value.

One of the reasons Bill struggled in this situation is that he has a Contemplator Interaction Style. This style tends to be more reserved in their workplace communications. The style is know for being calming and patient, but it also can be mis-perceived as aloof or unaware. Interaction Styles are at the root of all Communication Sins made today. (You can take this test to see what style you are.) In Bill's case, his style hurt his credibility with his peers. There are several other Communication Sins that I see happen regularly in the workplace - all of which can hurt your career. In the coming weeks, I'll be writing about the four Communication Sins and how they impact you professionally.

Don't Be a Communication Sinner - Learn to Interact Like a Pro!

When it comes to communication, you can't afford not to improve your skills in today's competitive workplace. Take our ISAT Quiz and learn how to leverage your Interaction Style--so you can get the respect you want and deserve!

From Your Site Articles