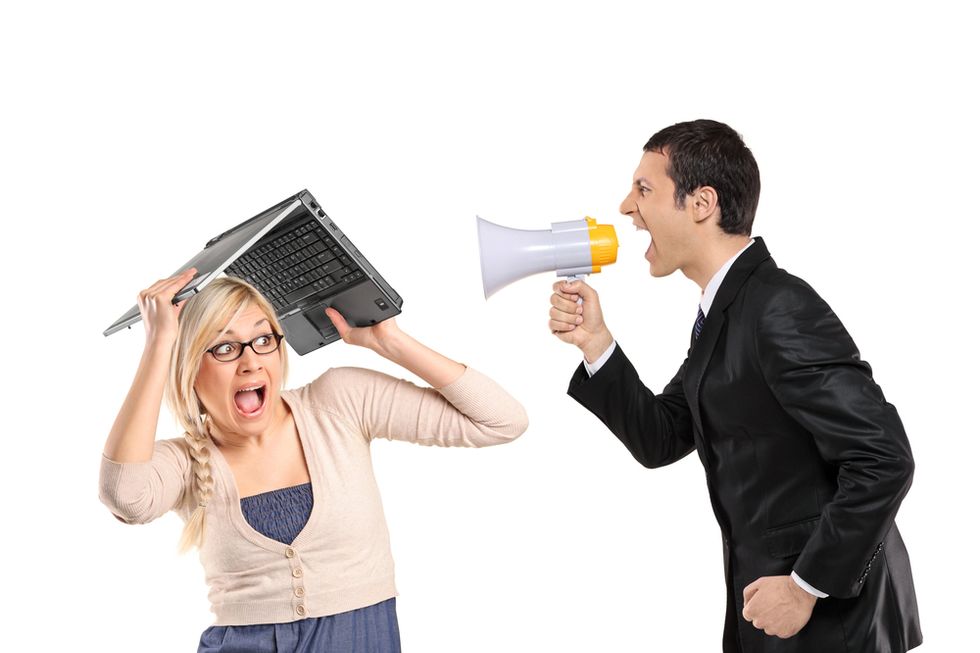 Consider two scenarios: A truck driver who is stuck on a dangerous road between Kansas and Wyoming and can’t get in touch with dispatch posts a help message on Facebook and is promptly fired; meanwhile, an EMT calls her boss a “d----” on the social network and is protected by law against retaliation. Sound fair? Maybe not, but it’s legal. The legislation that decides what employees can and cannot post about employers online has an interesting past. Turns out that a piece of 75-year-old New Deal legislation plays a pivotal role. The National Labor Relations Act (NLRA) was established in 1935 to protect employees who engage in “concerted” (read: collective) activities toward the improvement of work conditions. The act protects employees’ rights to bargain collectively and helps non-union private sector employees who work together to challenge unfair labor practices. So, how is the National Labor Relations Board (NLRB) deciding modern-day Facebook cases? The fundamental protections offered by the NLRA extend to “concerted activity” for justice or positive change in the workplace, but employees who engage in “mere griping” are usually on their own. Surprisingly, when applied to Facebook postings, NLRB judges have found many incidents of what might seem like “griping” that are actually protected under this act. How? Turns out it takes a “factual determination” of whether actions around the incident constitute a “concerted activity.” It’s possible that a simple “like” from a fellow employee on a post could swing a judge to label a complaint a “concerted” effort. While I am not a lawyer, I have read many of the NLRB cases and spoken with lawyers on these topics. The following is not legal advice, but are cautionary tales and tips that just might save your job before you rip your boss on Facebook.

On October 28, 2011, a customer service manager at an Oklahoma Walmart posted this on his Facebook Page: “Wuck Falmart! I swear if this tyranny doesn’t end in this store they are about to get a wakeup call because lots are about to quit!” The employee later posted additional comments, using an expletive against the practices of a named assistant manager and stating he would contact the store manager about the problem. Days later, the employee was fired; he sued, claiming Walmart could not fire him because he was engaging in “concerted activity.” The employee received several comments from fellow employees, of the “hang in there” sort, and he got several "Likes," but none of the other employees’ posts suggested they felt the same way. Walmart contended that the employee’s postings were not “concerted activity;” the judge agreed. The NLRB dismissed the employee’s claim, saying that his comment and subsequent comments from co-workers were “mere griping” from an individual and did not represent the type of “concerted activity” protected by law. So, what constitutes concerted activity online? My interpretation is that the comment must: Because the Walmart employee’s comments contained none of these elements, the employer could legally terminate him for his actions. Is Facebook — a public platform — a safe place to curse out your employer? Nope.

On November 9, 2009, in New Haven, Conn., an EMT posted that her supervisor was a “d----” after he sided with a patient’s husband who had complained about her. The supervisor threatened disciplinary action over the Facebook post and asked her to fill out an incident report. The EMT asked for a union representative but was refused. The NLRB sided with the EMT, stating that her Facebook comments were protected because they did not disrupt work, they were posted after her shift, the name-calling was not accompanied by any threats, and the post was in response to work conditions. The fact that the employee had requested a union representative and had her partner as a witness contributed to her protection. Otherwise, this case may have turned out very differently.

Just Don’t Do It

The bottom line is that it’s simply safer to avoid complaining about your job or employer online. You are not guaranteed protection under the law. It’s possible to sway a judge by getting "Likes," mentioning work conditions, having in-person conversations with co-workers or avoiding threats, but in the heat of the moment, you’ll rarely be considering those small details — even if you do understand them. The guidelines here are a great start, but the results will ultimately fall in the hands of a specific judge. Above all, remember that Facebook is a public publishing platform, and anything you say there could get you canned. Look at our Wyoming-bound truck driver. When he couldn’t get in touch with dispatch, he posted that “his company was running off all the good hardworking drivers.” No one liked his comment, nor did he discuss his comment with anyone offline. Again, his mistake was failing to suggest some kind of action to be taken, and not getting documented support for his complaint from other workers. The best advice of all is simple: don’t. If you have a real problem at work, take it up with your manager or with HR, and document each conversation. If you’ve already complained and have gotten fired for it, take a look at the NLRB site to see if you might have a case. Have you or someone you know gotten fired for something posted on Facebook? Share your story in the comments below. Enjoy this article? You've got time for another! Check out these related articles:   Photo Credit: Shutterstock