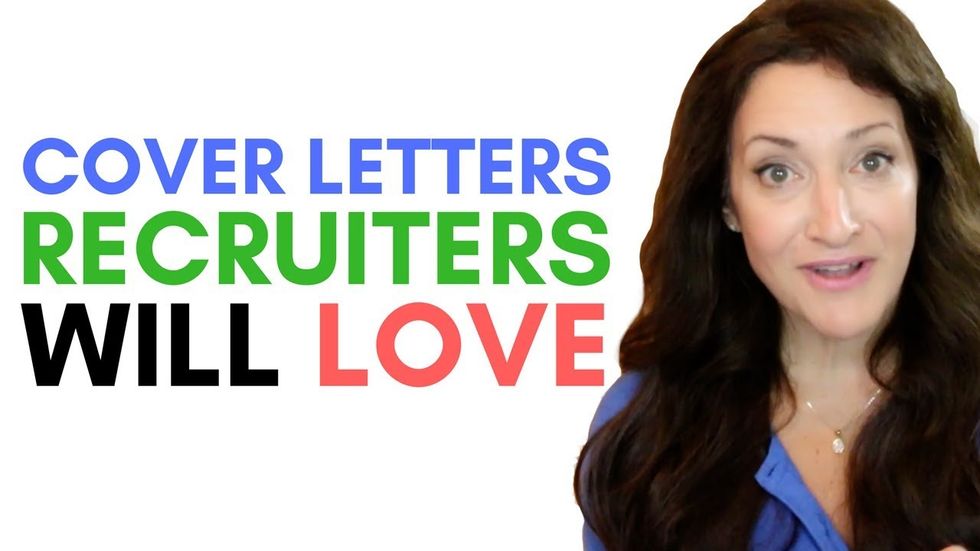 Do you feel like you’re wasting your time writing your cover letter? You’re probably doing it wrong. You’re not alone in your struggle, though. A while back, I had a client who was really struggling writing her cover letter for a company. No matter what she tried, she just couldn’t get something out on paper (sound familiar?). The funny thing is, both of us are writers, so you’d think it would be an easy thing to create. However, it was like pulling teeth trying to get this thing written. She was racking her brain for what to write, but she was completely uninspired. Related: Top 3 Ways To Waste Time On Your Job Search After about a half hour of back and forth, I had an idea. I think I figured out what was wrong. “Okay, let’s forget about this company for a second,” I told her. “If you could work for ANY company, whether it was hiring or not, which one would it be?” Literally three seconds later, she lit up and started raving about this one publishing company that she absolutely adored. She told me what it did, why it was a great fit for her, and why she would excel there. “You realize you just told me what your cover letter is going to say, right?” I said to her. After that, she was able to bust out a rockin’ cover letter. But the problem she had with her first cover letter was clear: she was trying to write about a company she didn’t love.

If you don’t apply to companies you get excited about, you’re wasting your time on your cover letter.

If you’re struggling to write a cover letter, chances are, you’re writing it for the wrong company. In order to confidently prove that you’d be a good fit for a company, you need to believe it yourself. You need to stand behind it. Companies are focusing on “fit” more than ever. They don’t just want butts in chairs, they want butts who are passionate about the company in chairs. So, if you’re not excited about the company and what it does, it will show (and it will be hard to write a great cover letter that stands out).

“But the company I want to work for isn’t hiring right now,” you might say. The reason my client didn’t even think to apply for a job at this company is because it wasn’t hiring at that moment. However, just because the company you want to work for isn’t hiring right now doesn’t mean there won’t be opportunities there later. If you really want to work there, you need to get your foot in the door somehow. You can use your cover letter as a conversation starter when you’re trying to network your way into a company. It’s a great way to convey your passion for the company without trying to suck up to it.

Discovering what companies you get excited about can lead you to similar companies.

Moreover, it’s important to understand what qualities you look for in companies so you can find similar ones that ARE hiring. This is where your Interview Bucket List comes into play. For example, if you really want to work for Google, think about all of the qualities Google has that you respect, admire, or appreciate. Why Google? Once you clearly understand why you want to work there and what the major draws are for you, you can start researching companies that share similar traits. So, if Google isn’t hiring right now, you can find a similar company that IS hiring. So, if you find yourself with writer’s block when it comes to cover letters, you might want to reconsider the company to which you’re applying. Ask yourself, “Why THIS company?” If you can’t get excited about it, it will be harder to write about it (and sell yourself in the process). This post was originally published at an earlier date.Disclosure: This post is sponsored by a Work It Daily-approved expert. You can learn more about expert posts here.Photo Credit: Shutterstock
From Your Site Articles

A career as a librarian has long been popular because of the job security and solid pay. According to the Bureau of Labor Statistics, the median salary for librarians today is $60,820. But the top 10%, most of whom have master’s degrees in library science (or MLS), earn as much as $80,000.