How To Use Failure To Your Advantage 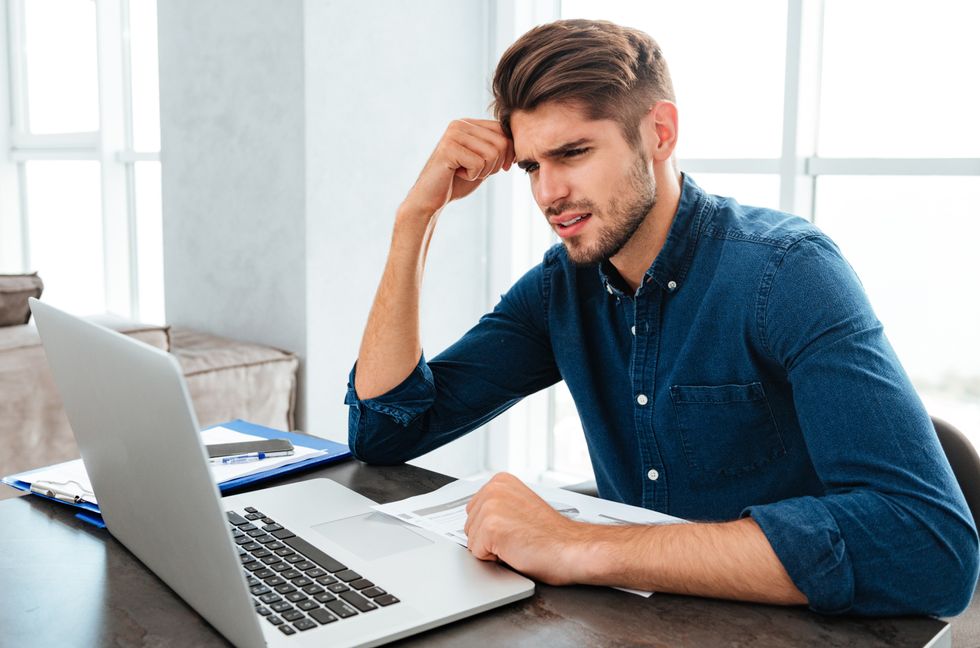 Beginning with the first "F" on the school report card, we are trained to fear failure.

That fear only grows larger as we become adults because the stakes become higher. While fear of failure is only natural, it's important to make sure that fear doesn't become debilitating. In fact, if you approach failure differently, it can be an asset.

Here are some things to keep in mind when you find yourself coming up short of a goal.

An argument can be made that the only true way to fail is to never try at all.

To be so paralyzed by the fear of failure that you never attempt anything at all is no way to live life.

Whether you're seeking a new job, promotion, or proposing a new idea at work, you have to take a shot because asking "what if?" is the worst thing you could do.

If you fail on your first few attempts at a goal, instead of dwelling on it as a failure, pat yourself on the back for the attempt and celebrate the fact that you had the courage to put yourself out there to accomplish a goal.

Once the dust settles, you can take some time to evaluate why you fell short.

Important Lessons Can Be Learned From Failure

The road map to success is often paved with lessons in failure.

Take some time to give yourself an honest assessment of where things fell short.

If you applied for a job but didn't get it, think back to the interview and write down what you did well and where you think you fell short. Write down any areas you felt you could improve.

If feedback is offered to you, accept it. Take this feedback as constructive and don't take it personally.

Once you have this valuable information use it!

Use it to better prepare for future job interviews.

Use it to gain the experience you're lacking or readjust your job search.

In whatever situation you fall short in, it's important to do that self assessment, take notes, and come up with a plan to move forward with.

If you're looking for inspiration, just think of Michael Jordan.

Jordan initially didn't make his high school team but would later become one of the greatest basketball players of all time because he continued to try.

Take Inventory Of Your Professional Experience To This Point

In addition to looking back at your recent failure, it's also important to evaluate where your professional life stands now.

Ask yourself... what have you done well in your current position? What can you do better?

Also, be sure to admit to yourself why you're looking to move on from your current job. Is it because you're unhappy or is it a matter of professional growth?

Process your career narrative to this point and take an honest look at how you view your professional life. You can't be honest with others until you're honest with yourself.

You may not know it at the time, but sometimes not getting the job, failing to win the promotion, or having an idea rejected can be the best thing that ever happened to you.

In the hustle and bustle of everyday life it's hard to think long-term, so whatever challenge is in front of you at the moment, always seems like the most important thing in the world. But in reality it's only a small piece of the puzzle.

Sometimes after rejection, a better opportunity comes up.

Didn't get the job? That doesn't mean it's the end. That company can call you up two months later for a better suited opportunity.

The important thing is to never shut the door on any opportunity. When you fall short, be grateful for the opportunity and continue to express interest in it. You never know when another opportunity will open up.

In some cases, you fall short because of timing or because it wasn't the right goal in the first place and the failure helped you realize that.

Goals change and finding the right goal is one of the ultimate successes.

At some point, everyone you know and look up to has failed.

But, chances are you hardly ever think about or discuss their failures.

That's because people are mostly defined by how well they live their lives and what they do with the opportunities they have.

Whenever you fail, you may end up being your own harshest critic and believe that it defines you. It doesn't.

Failure is just a natural part of life and you're not alone.

There are so many other things in life that you will do that will define you.

Continue to pursue your interests and passions and have fun.

When things do break right, failures make for funny stories to tell around the camp fire.

Pass On What You've Learned About Failure

"Pass on what you have learned. Strength, mastery, hmm… but weakness, folly, failure also. Yes: failure, most of all. The greatest teacher, failure is."

Once you've been through the rigors of failure and have started to reap the benefits of success, take the opportunity to pay it forward.

Chances are, you reached out to mentors for advice on your journey to success. Now, you're the mentor.

The failures that you went through along the way not only helped you but can help others. Talk about your failures and what you learned from them.

You turned your failures into success and now you have the opportunity to help shape the futures of others. That's how you turn failure into an asset.

Don't Be Afraid To Fail Again

Success and failure are fluid things. Even successful people can fail again.

The important thing is to never give up and always more forward.

Life is full of challenges. Embrace it.

Tell us, how do you handle failure.

How Do You Handle Failure?