How LeBron James Showed Us the Future of the Workplace 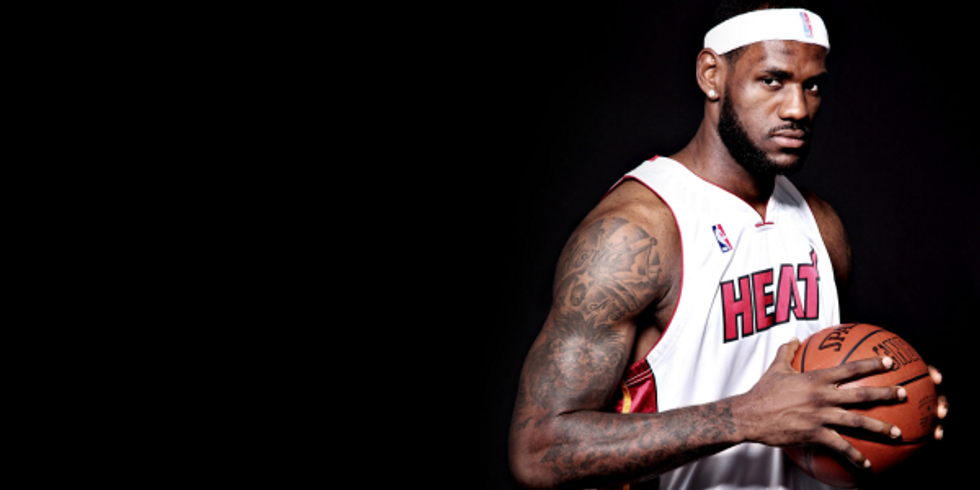 I have a confession to make.

Ever since LeBron James gave his notice to the Cleveland Cavaliers, in a blaze of self-important glory, I've had a stick in my craw.

There was something about that whole episode and subsequent donning of the Miami Heat jersey that bothered me more and more. It had something to do with how he did it and why he did it that rankled me the most.

Then, last week, as I watched the Miami Heat win the NBA Championships and saw the unbridled joy on LeBron's face, it finally dawned on me what was irking me about the whole scene.

LeBron James just showed us what the future workplace could look like.

My problem: institutionalized thinking that the coaches called the shots and the managers made the deals… and the players simply played... just like today's workplace.

But instead, somewhere a very short time ago in some room in some city somewhere, I'm going to guess that LeBron James, Chris Bosh, and Dwayne Wade sat down and hatched a plan.

They recognized the collective talent they owned and pooled it. They made a package together that hedged the bets, and subsequently shook up the system.

Instead of the old matrix where the executives ran the team, the collective voice of the Big Three suddenly gained volume. A somewhat self-assembled team convinced the powers that be that they could make it happen.

They could meet the goals of the Miami Heat organization from the bottom-up rather than the top-down.

Did it work out the way that they wanted... the first time?

But it sure did the second time. But only after they learned from their mistakes made that the first time. Which gave them the mature edge that they needed to rise to the top.

And as much as I didn't like LeBron James' attitude upon departing Cleveland, he was changed man last night.

He showed focus, determination, an unquenchable thirst that was unyielding until the NBA trophy (and MVP one too!) was in his hands. He was awesome. He deserved it, and I am happy to admit it.

But the insight I want to share is that I really think that this is a precursor of what we might see in the future workplace.

As technology and the overall tempo of how we live and work speeds up, people will be gaining skills faster.

They will also start being connected to similar talented people, and there is suddenly going to be more collective bargaining power when convincing employers to hire the self-assembled group as a package versus individuals.

What is shifting is this:

Groups of young talent can crowd-source the solutions to problems faster than management can mandate.

These young workers see opportunity within themselves instead of counting on the infrastructure to attract or provide it.

It's a revolutionary new concept that pushed my envelope and thinking. It's uncomfortable to think about.

But for too long, we have put too much emphasis on the top-down (“Gotta put your time in, kid") thinking and realize that the next generation of employees aren't (and don't) want to wait to make things happen.

They are hungry now. And they are talented. Once they realize the power that they can pool, there's going to be no stopping them on the way to the top.

Executive Spotlight: The #1 Skill Executives Need To See In Every Employee

Every hiring manager looks for different skills in the job candidates they're hoping to hire. Not only are job candidates being evaluated on the hard skills they possess; they're also being evaluated on their soft skills—the skills that don't belong on a resume but can be identified during a job interview. It's these soft skills that separate the good employees from the great ones. Executives, managers, and other leaders within an organization keep this in mind when interviewing job candidates and reviewing the performance of current employees.