I’m Totally In Love With My Boss. Now What? 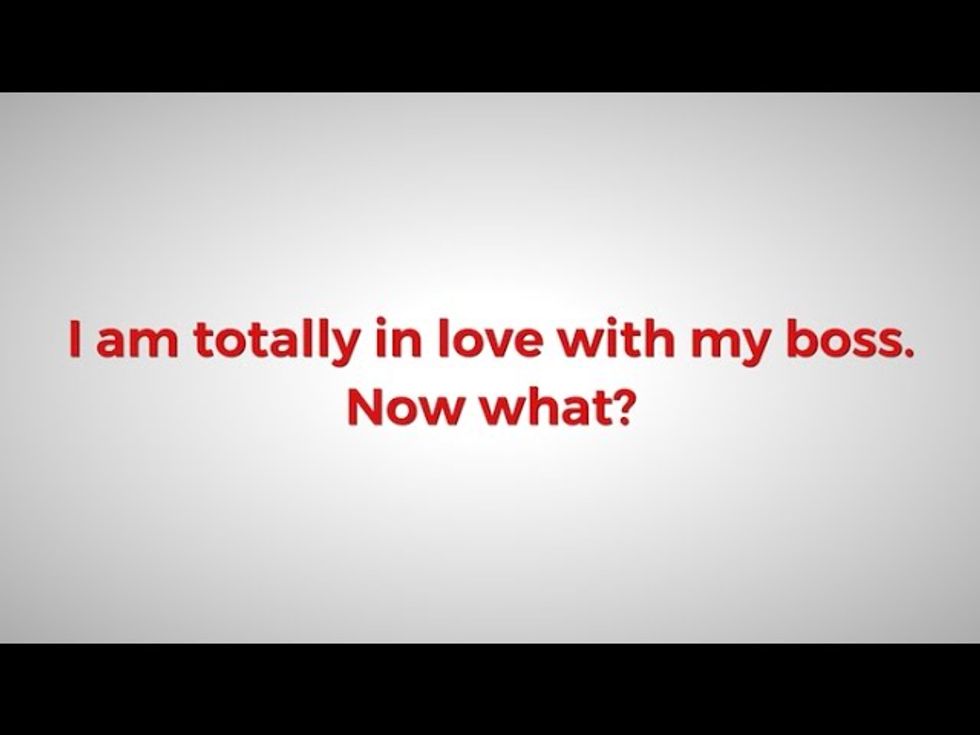 Have you ever had an “oh my gosh, I’m in love with my boss” moment? How did you handle it? Today, career experts J.T. O’Donnell and Dale Dauten tackle the following question from a reader...

I started a new job three months ago and have a huge problem, which is, I am totally in love with my boss. He is seriously the nicest, smartest man I've ever met. He is married but getting divorced.

I think he might like me, too. I know we can't date while we work together, so I’m thinking of finding a new job.

Should I ask him first before I quit this great job?"

Office romances aren’t uncommon. However, they aren’t usually a good idea (especially with the boss). There are many companies out there that forbid office dating, and for good reason. While some couples survive, many others are destined to drama, gossip, damaged working relationships, and other unfortunate things after pursuing an office romance. “You really don’t want to engage in that relationship,” said O’Donnell. “I can’t tell you how many times I’ve seen these end badly.” Instead, hold off. Don’t make any rash decisions based on a little crush. Wait a few months to see if the crush fades. If it doesn’t, look for a new job and don’t act until you have one. Also, Dauten pointed out that two-thirds of divorces are initiated by the woman. So this should also be something to take into consideration. Maybe there’s something else going on that you don’t know about yet. “He may be, to you, the nicest, smartest man in the word, but the odds are that she has had enough of him,” said Dauten. “You might want to give it a chance and see just why.” Bottom line? Don’t risk a great job for a potential romance. Instead, think rationally, and weigh the risks and rewards. Want to ask J.T. & Dale a question? Email your question to advice@jtanddale.com.

Should I Rat Out A Co-Worker?What School Forgot To Teach You About Job SearchThe Terrible Job Search Advice You Are Getting By Accident