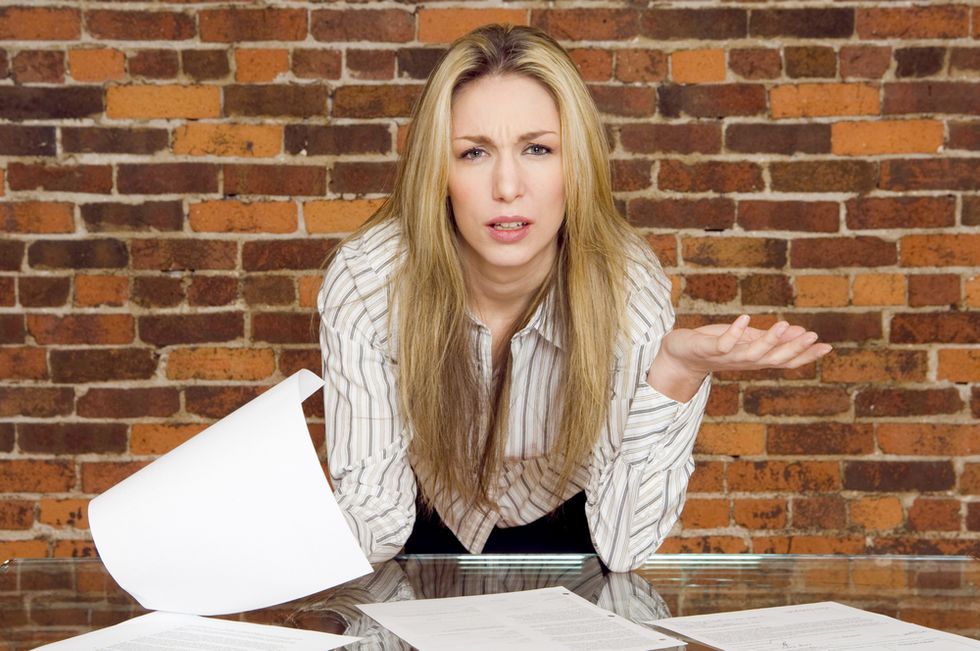 When you're on the job hunt, the last thing you want to do is annoy hiring managers, interviewers, recruiters, and so on. But how do you know when you're being a nuisance? We asked our experts what they thought were the most annoying mistakes job seekers make during their search. Here's what they had to say: "Biggest mistake: Focusing on them, what they want and a list of what they did. You need to focus on what the employer wants. You do this by identifying the 3-5 top things they are looking for and then tailoring your resume to showcase what you did and what results were produced." (Don Goodman) "One of the biggest mistakes that I see with job-hunters is time wasting. My number one tip for people in a situation of long-term unemployment is to treat the job search like a full-time job. I encourage the candidates to schedule their time each day, just like they had a job. For example, start each day at around the same time and block out "appointments" to do online job searches, attend networking events, make follow-up calls, and so on." (Amanda Haddaway) "While I can't necessarily say that I get annoyed by it, I do think that job seekers sabotage their job search every morning when they go online, first thing, to check their email. This starts a quick downhill spiral of moving from job board to job board, in search of positions that are already posted. Best tip for breaking the habit? Start with one email-free morning, and slowly move to two, three, and so on! Instead of checking email, head out to an informational interview, networking event, or training workshop." (Laura Labovich) "Taking advice from so-called experts who have never hired or fired anyone in their lives... If you have a question, ask someone who has been there and done that... Check credentials before taking advice." (Bruce Hurwitz) "Not being fully prepared for salary negotiations and receiving an offer. So many job seekers are so focused on the resume and interviewing that they forget to prepare to win the job and what goes with that, salary negotiations. Research early on about the going rates for that position in that geographic area well in advance of a final interview... Know what you can live with and what you can't live with, not only in salary and benefits but commute and office environment... Stay teachable and flexible in your negotiations." (Lisa Adams) "Most job seekers forget that hiring managers have a lot on their plates. Filling an open position, no matter how important to the operation, is one of several things that compete for their attention. If you don’t hear anything by two weeks after your note should have arrived, you might want to follow up with an email, letting the hiring manager know you are still interested. Follow up is good – too much follow up can be just plain annoying and hinder your chances of getting the job." (Bud Bilanich) "Probably the one biggest annoyance is when I get asked my opinion of something, like a person’s resume. I usually pick out the most glaring issues to give them feedback on and then I’m told something like” I had another resume/career expert told me to do that." First, it feels like an attempt to discredit me, and second, if they had another career expert tell them to do something, why are they asking me? ...If you ask enough people their opinion, you will ultimately find conflicting inputs. At some point, you still have to balance experts inputs with your own judgment and stop fishing for answers." (Dorothy Tannahill Moran) "Many of my clients make the mistake of not recognizing that some of their 'smallest' successes might be the most appreciated by the employer. It's great to 'Wow!' an employer with accomplishments that show how you contributed to the bottom line, but it's equally important to have stories of how you've fit in with the organization's culture. For example, maybe you helped a colleague when you didn't have to, went above and beyond for a customer, or volunteered to set up a little lending library in the break room. Ask yourself: what have I done that will resonate with this employer?" (Kristin Johnson) "Too often, job seekers fail to define and refine their professional brand, to know themselves (their skils, talents and values), and what they really want from a career, so they go into the job hunt without a target... Job seekers need to take the time up front to establish a personal brand by defining and refining their skills, talents, and values; they need to research career paths in which they will thrive, and then move forward with a targeted job search strategy." (Lisa Lambert Snodgrass) Photo Credit: Shutterstock

Balancing a career and family is a common concern for most individuals. However, it’s important to realize the smallest of changes can produce the strongest of impacts.