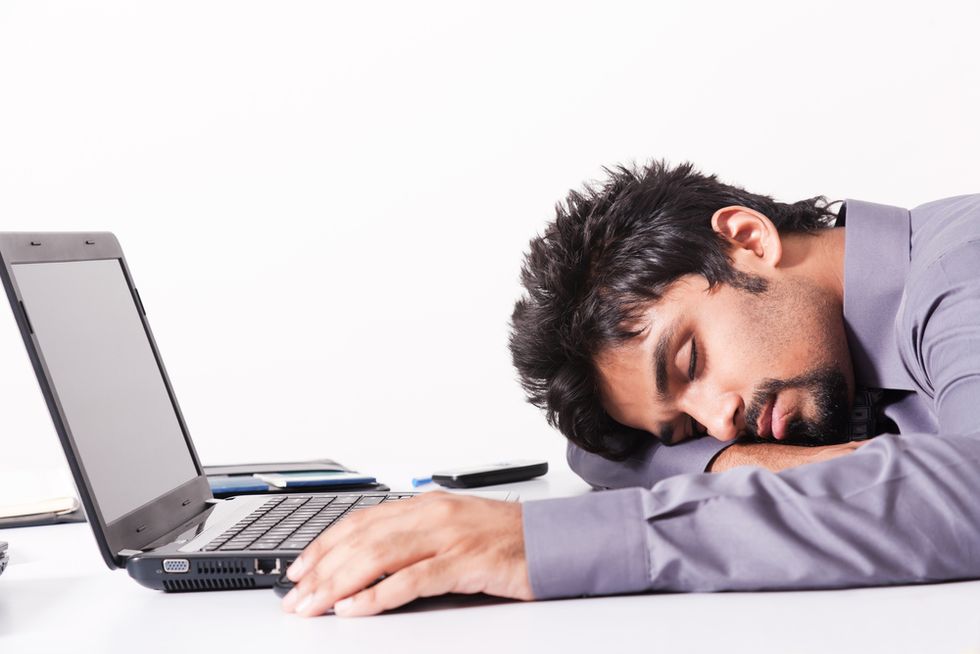 Working long, tiring hours with little rest and relaxation almost seems like an American pastime. Companies require their workers to be at their most productive and alert while performing tasks and tackling big projects, and as a result, nine out of 10 Americans stimulate themselves throughout the workday with coffee. They drink a cup first thing in the morning and maybe have another later in the day to stave off the notorious 2 P.M. crash. But new studies, along with forward-minded approaches to worker productivity by companies, are claiming that scheduled naps - not coffee - are the key to a more alert, productive worker. The ideal nap is between 20 and 40 minutes, and those naps that reach deep enough to the REM dreaming stage are the most rejuvenating. Many studies concerning sleep research and office productivity have found convincing evidence of the benefits of worker nap time. Here are five of those benefits:

Many of the most gifted and creative minds of our times were devoted nappers, including Leonardo da Vinci and Albert Einstein. Henry Miller, author of The Tropic of Cancer, made it a habit to write first thing in the morning upon waking, have lunch, then put his pajamas back on for a noontime nap, claiming this nap time practice boosted his creativity by putting him more in touch with his subconscious mind.

Post-nap energy, mood, and alertness are boosted significantly, naturally leading to more productivity. Muscles are able to relax and release stored-up tension. A short break from the focus of work helps refresh a stressed mind, and the re-charge of alertness has been proven by mandatory naps of transpacific flight pilots, whose alertness increases more than 50 percent with a nap.

Getting more to the core of what's being rebooted in the worker’s brain circuitry, a study was conducted to test the three major memory domains of visual, motor, and verbal skills. While coffee was able to boost motor and verbal skills, a nap boosted all three.

Outside of work, most workers have an active and busy home life. Taking care of children, playing sports, or just running the usual errands can tax a person’s stress and energy levels, leaving them with short periods of sleep and/or restless nights. Giving employees a chance to pay off some of their sleep debt will boost their productivity along with their overall health and well-being.

Working for a company that prioritizes its employees' mental and physical health goes a long way in terms of job satisfaction and loyalty. Adding nap time during working hours is considered a perk, much like free breakfast or a gym membership. Forward-thinking companies like Google and Facebook have designated nap rooms on their campuses, and are considered some of the best companies to work for. That should make you wonder: How much more talent can your company attract and retain with nap time?
This article was written by Social Media Outreach Coordinator Logan Harper on behalf of CAREEREALISM-Approved Partner, 2tor — an education technology company that partners with institutions of higher education such as the University of North Carolina at Chapel Hill which provides an online MPA degree.
Photo Credit: Shutterstock