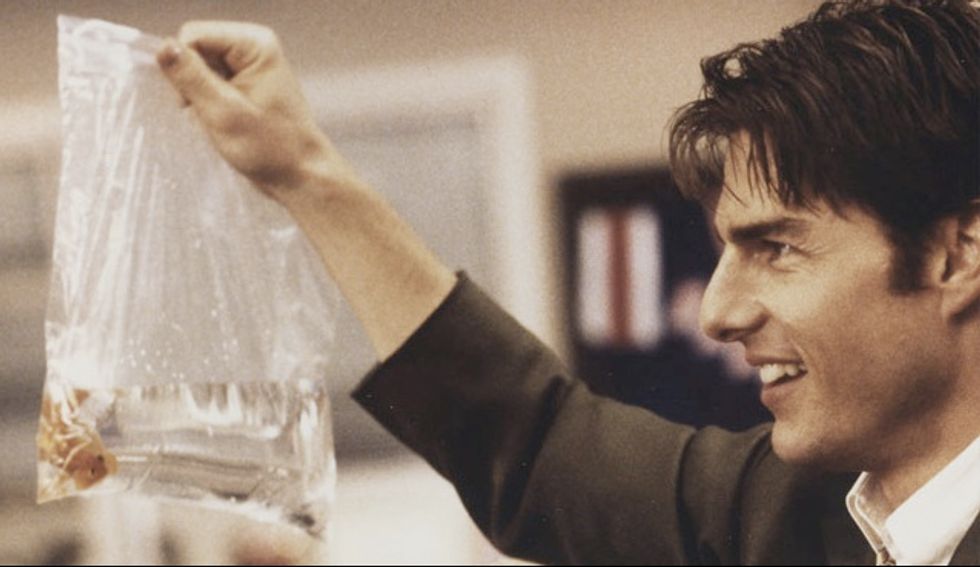 Whenever I’m explaining the concept of personal branding, I always end up talking about Jerry Maguire. Yes, before Tom Cruise jumped on Oprah’s couch and became the perpetual butt of Hollywood’s joke, he starred in one of my all-time-ever favorite movies. He played the title role, Jerry Maguire, a sports agent who has a breakdown breakthrough that leads to him leaving his cushy job and heading out on his own. He takes with him a fish, a humble secretary, and one client. So, where does personal branding come in?

Some Great Advice From Jerry Maguire

Well, the whole idea of personal branding started with a 1997 article in Fast Company. The author suggests that we (the American workforce) need to stop thinking of ourselves as employees; instead, we should think and act as free agents. And, as free agents, we need to brand ourselves, just like a company brands its products, in order to be competitive in an economy full of free agents, and ultimately, to be in the best bargaining position when we’re drafted. This is essentially the backbone of the Jerry Maguire story. Jerry’s one client, a pro football player named Rod Tidwell (played by Cuba Gooding Jr.), decides to become a free agent but discovers he’s having a really hard time getting the contract he wants. As his agent, Jerry keeps telling him it’s a branding issue: the way Rod perceives himself doesn’t align with the way others in the business perceive him. And the value Rod feels he brings to the game doesn’t match up with what others see. Jerry fights and fights, telling Rod that his attitude is hurting him and that people think the only thing he cares about is money. To those on the outside, Rod’s heart just isn’t in the game. So, essentially, Jerry tells him to fix his brand. He needs to be more authentic and show more of who he really is in order to be competitive. This is a great lesson for everyone, regardless of your profession. Personal branding is all about authenticity and showing who you really are. You can’t fake it. When you put up a front, and want people to see things that aren’t really there, you come off as a fake and a phony - and no one wants to buy what you’re selling. Rod finally did get the contract he wanted and deserved. But only because he let his true personality come through and people could finally see his love for the game. He stopped pretending. Personal branding isn’t an intellectual exercise. You can’t pick your brand based on what you think others want and then create a persona to match. It’s about tapping into all the things that make you special and letting them shine. When you’re able to really do that, others will see your value as clearly as you do. And they’ll pay for YOU because you’re worth it. This post was originally published at an earlier date.Photo Credit: Shutterstock