Never Make These 5 Grammar Mistakes On Your Resume 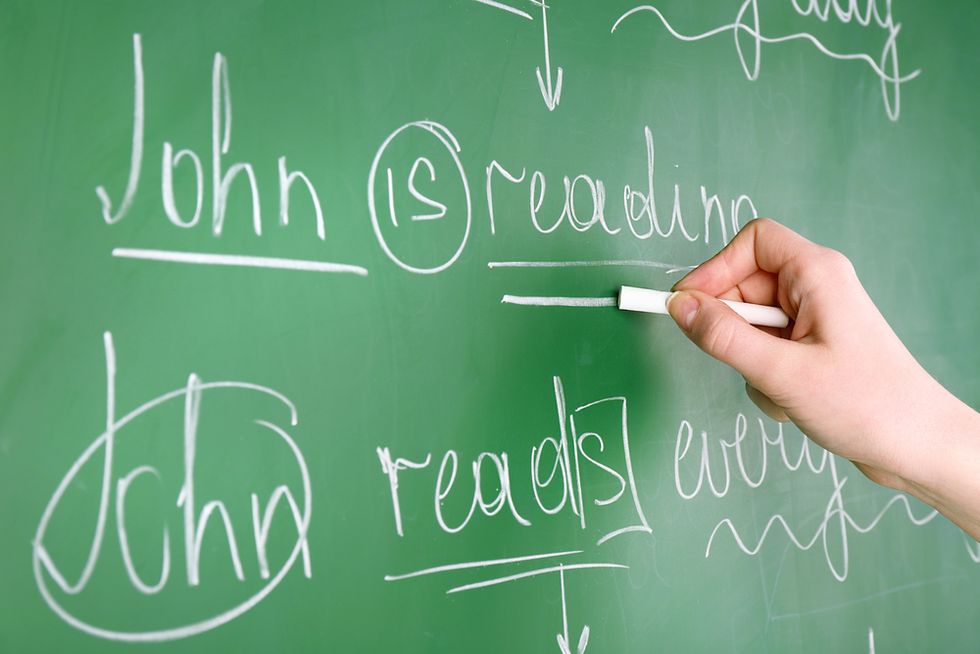 The number of grammatical errors I see on resumes prompts me to think about the reasons behind their frequency. Is it carelessness on the part of the resume's author who knows better? Or is it lack of knowledge on some of the basic concepts of correct grammar? Is it too much trust in the spellcheck features? Or do some job seekers just believe that Human Resources and hiring managers will ignore them because “grammar really doesn't matter." The easiest of these to refute is the last one. For Human Resources and hiring managers, grammar mistakes can be one of the first red flags that move a resume into the “C-Pile" within the first few seconds. And a resume immediately placed in the “C-Pile" means it's been completely rejected. Grammar mistakes are one of the top 2-3 irritants for many of these resume reviewers. Many job seekers ask “What's the big deal?" Why does it matter if my resume confuses “its" with “it's?" It matters because the mistake is seen as a sign of carelessness, or inattention to detail, or lack of awareness, or lack of knowledge, or… There are multiple lists of the “most common grammar errors" on the internet. I've selected the following five to highlight because they are the ones I see as the most common on resumes.

I am starting with this, not because it's the most common, but because it directly affects one of the most important areas of a resume, your accomplishments. Using these words improperly can have a significant effect on your resume's successful review. For some grammatical purists, it might even have a disastrous impact on your search. “Affects" is a verb; “effect(s)" is a noun; “impact" is a noun denoting a strong collision. “Impact" has become more common as a simple synonym for “affects" and is recognized in dictionaries as a verb. But if you review opinions by several well-known grammar experts, you'll see a consensus that it's still frowned upon.

There are too many examples of this mistake on resumes, complicated like all of the others presented here because they will all pass clearly through the spellchecks of their authors. In these cases, while it might be carelessness, it is more likely an instance of a failure to have someone else proofread. Job seekers are often hesitant; they're reluctant asking someone for help. “They're" is a contract for “they are," which should clearly refer to a plural noun, e.g. “authors." “Their" is a possessive pronoun indicating “something belonging to," e.g., “the spellchecks of their authors." “There" is a reference to a place, e.g., “there are mistakes on resumes."

When this mistake occurs, it often seems like a simple typo – because it is too easy to make. But that is exactly why it is so important to check for it. Fortunately it is a mistake caught by many spellcheck programs. But if you're ignoring it, it is very risky. Because, even though it seems like a minor mistake, it is the type of mistake that really hits the grammar radar for some people. It will be seen by some reviewers as carelessness, as a reflection of an attitude that the company wants to avoid. Seems unfair? But remember, the company has hundreds of other resumes, not just two, and this simple mistake can put your resume in that “C-Pile."

This is another mistake that is simple to make – but also one that really irritates some people. It's easy to make and, for a resume, damages its credibility. There is another reason behind this error that I haven't mentioned yet. Many of these common mistakes are words that sound exactly the same, even if they are spelled differently, even if they have very different meanings. When you write, it is highly likely you are “speaking" the words as you write them. So these words that sound alike become mistakes that are easy to make. “It's" is a contraction for “It is" or “it has." “Its" is the possessive for “It."

Your resume and your LinkedIn profile present the picture of who you are – your accomplishments. You're responsible for creating this picture accurately – and correctly. There's a special twist here. While “you're" is a contraction for “you are," it would be inappropriate to use the contract in the first sentence of this paragraph for “who you are." Unfortunately, this is also one of the mistakes that I see way too often, typically using “your" instead of “you're." I received an e-mail accompanying a resume recently that included the sentence: “Your about to read the resume of an accomplished marketing professional." I'll repeat because it is so important. There is a high likelihood that the resume attached to this might never be opened – or will quickly land in the “C-Pile."

There are other common grammar mistakes, e.g., “then" versus “than." One of the steps in preparing your resume, or LinkedIn profile, or e-mail is to review it specifically for common grammar mistakes. Too often a job seeker focuses on the message and how it “sounds" and can then easily overlook the grammatical errors. A related step is using a checklist of common errors as part of the review process. A third step is always to remain vigilant on the use of your spell-check program; it is a great help, but it is not perfect. And finally, there are some sophisticated grammar checking programs, like Grammarly, that can be a good investment.