Have Smartphones Created a World of Workaholics? 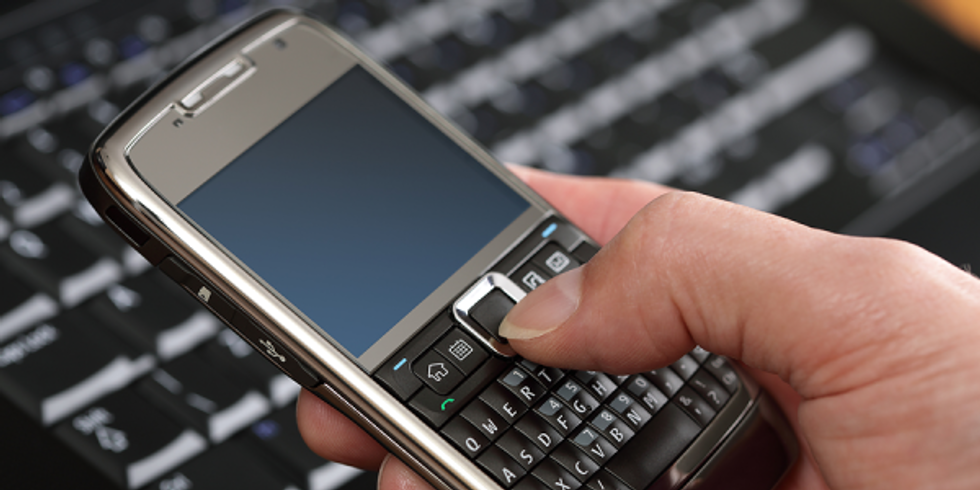 With today's technology, the traditional 8-hour workday is becoming obsolete (and nearly impossible). Smartphones, which give us easy access to things like social media, texting, and e-mail, are making it easier and easier to stay connected around the clock. Unfortunately, it appears we are becoming addicted to being plugged into work 24 hours a day, seven days a week. In an effort to get ahead, 43 percent of employees check their work emails via their smartphones, according to a study by Cisco. According to a study sponsored by the mobile security company Lookout, almost 60 percent of people surveyed said they don’t go an hour without checking their phones. Not only that, 54 percent said they check their phones right before bed and again first thing when they wake up.
How often do you use your smartphone for work while you're home?
This constant stream of work is great for business, however, it can take a toll on employees' personal lives. Studies show that people who work longer than 8 hours a day have a higher risk of developing depression, according to Shape Magazine. By constantly being connected to the office, it can be difficult to escape work, even when you're on vacation or with your family.
Do you expect employees to work outside the office?
However, not everything about this shift to an around-the-clock workday is negative. A survey conducted by Mozy, a data-protection company, found that bosses are becoming more and more laid-back about their employees showing up late for work. Why? Because they realize that their workers are on their smartphones sending e-mails before bed and calling clients before work. What does that mean? It could mean being with the family a little longer in the morning, or more time preparing yourself for the day. What do you think? Is the 24-hour workday the new norm?Smartphone workaholics image from Bigstock

How To Navigate LinkedIn Effectively

If you’ve never used an online networking site, LinkedIn can appear to be a little intimidating at first. Even if you are familiar with other social media sites, you’ll still want to take the time to learn how to navigate your way around LinkedIn.

10 Things Recruiters Won't Tell You (But I Will!)

Recruiters have one job: find the right person for the position. Their performance is evaluated on how efficiently and effectively they match top talent to job requirements. Ironically, in the current economy, recruiters are finding their jobs harder than ever.

People skills, attire, etc. all become more important when competition amongst talent is this fierce.

Reality check: Those who are failing to make a good first impression get put in the "no" pile and are never contacted again.

So, if you aren't getting called back by a recruiter after either an in-person meeting or phone call, there's a good chance that, in addition to the fact you didn't have the right skills, you also might have displayed one or more traits on the "I can't market them" list.

Now, most recruiters won't tell you what you did wrong. Why? For one reason, they aren't paid to give you the bad news. Second, they don't want to burn a bridge. And third, as I mentioned, they just don't have the time.

And yet, how are you going to fix the problem if you don't know it exists? I've put together the most common reasons why a recruiter writes a candidate off. You may not like what you read, but the good news is with a little attention and practice all of them can be improved upon.

So, ask yourself, "Am I guilty of the following?"

1. Your interview attire is outdated / messy / too tight / too revealing / too flashy.

2. Your physical appearance is disheveled / outdated / sloppy / smelly / overpowering (i.e. too much perfume or cologne).

4. Your handshake is limp / too forceful / clammy.

6. You talk too much / use poor grammar / say inappropriate things (i.e. swearing) when you answer interview questions.

So, How Do You Fix These?

Well, given that 93% of communication is non-verbal, I can tell you that many of the negatives above can be improved by focusing on one thing: attitude.

If you are angry, fearful, or confused, it's going to show. You must find a way to feel good about yourself and your ability to contribute. This comes from knowing your strengths and embracing them.

It also comes from doing your homework on a company so you can articulate clearly and with enthusiasm why you would be a great fit for the job. I realize this is easier said than done, but it can be done.

I hope I've convinced you to take a hard look at the 10 reasons above and commit to finding a way to improve your first impression factor.

And Knowing Your Professional Strengths Will Help!

If you want to reveal your unique professional strengths, take our FREE Career Decoder Quiz! It's time to unlock your TRUE potential and start selling yourself to employers!

Once you know your professional strengths, it will be much easier for you to convey why you would be a great fit for a position. And as long as you don't make the above mistakes, you'll be golden.

It's your career. Own your actions and take control of your professional development. I promise, recruiters will take notice.

We'd love it if you signed up for Work It Daily's Power Hour Event Subscription! Get your career questions answered in our next live event!

How To Navigate LinkedIn Effectively