Is It Worth Going To University? 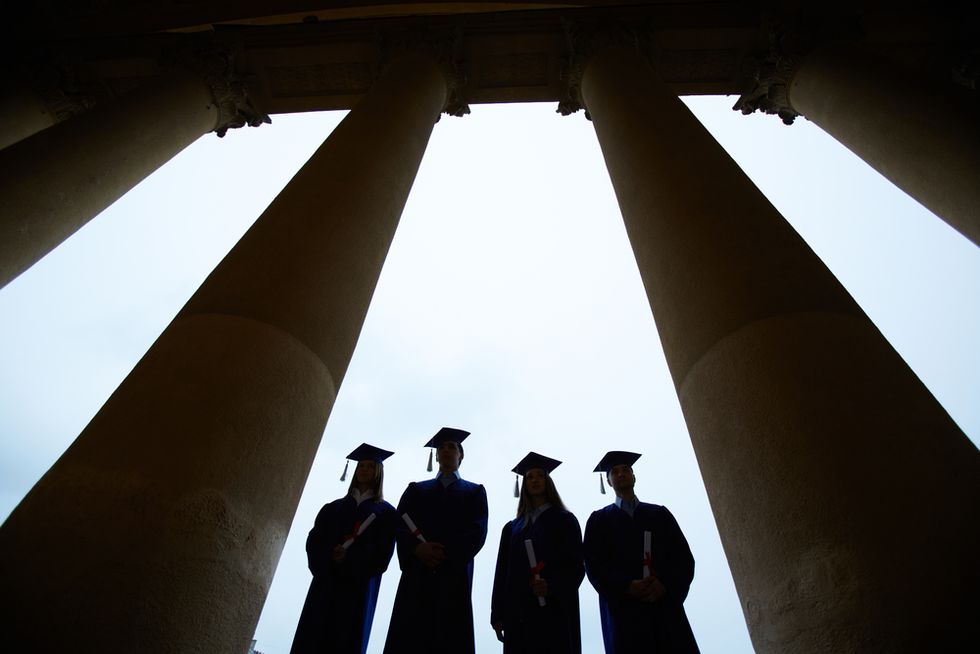 What do Richard Branson, Alan Sugar, Philip Green, and Simon Cowell have in common? None of them went to university – indeed, none of them even have an A-Level. Related:Resumes When You Don’t Have A College Degree These are four exceptional figures who have a fierce drive for business, and lots of natural talent. It’s difficult to know what additional benefits a degree would have given them; indeed Sugar himself said in this interview with the Telegraph that university would have been a waste of time for him, particularly as he had already made £200,000 by then. Go to most job-hunting websites and you’ll find a section for graduates – there is no specific section for non-graduates. A degree offers a complete, over-arching study of a topic that a non-graduate will not possess. It encourages experimentation, collaboration, discussion and analysis, taught by experienced people, in an environment of people who are each passionate about that subject. But the curious aspect of university life is that the degree is sometimes less important than the additional factors which define student life. Once an employer has asked for a graduate, and received 100 CVs from graduates, then the subject and perhaps even the grade lessens in importance compared to the extra-curricular activities such as the clubs and societies an applicant joins. To take an example, which is most important in John Cleese’s student life – that he read law, or that he joined Cambridge Footlights? Universities provide a platform for a pupil to become an employee. A graduate learns to live independently, in new surroundings. They will be exposed to fresh views about life, from students from across the country and world, and will hope to gain improved confidence, communication, financial, and organization skills. The overall life package and people skills that university offers cannot be replicated. Life afterwards can be a massive hangover, in more ways than one. An average starting wage for a graduate of £18-24,000 cannot be sniffed at, but according to recent figures from the Higher Education Statistics Agency, which were analyzed in the Independent, 18,500 graduates from 2013 were still out of work six months after leaving university, and many more had taken manual jobs or roles in retail. The unemployment figure equates to one in 12 students, while another third (59,600) were in jobs that did not necessarily require degrees. But of course these statistics can be reversed – 11 out of 12 students finding jobs within six months sounds far healthier. For those who haven’t found the ‘right’ job, they can still apply for a far wider scope of job than those who do not have a degree. Sadly, the benefits of a degree for many will be outweighed by the costs. Student debt is now regularly in the tens of thousands rather than thousands, and you may need to look at loans to survive, but be careful of short-term fixes – click here for more. True, if you do not go to university you are likely to start on a lower wage, but the flip side is that you’ll be starting that working life three years earlier than students, and therefore gaining three years’ more wages. Some jobs just simply do not need a degree, and some students soon realize that their degree was wrong for them. Bill Gates and Steve Jobs both dropped out of university early, and didn’t do too badly in the end – here are Time Magazine’s top ten ‘dropouts.' At the end of university life you may not have the job you want, and snaring it might be a tough and frustrating journey. You might not be as financially happy as you expected. But your career options will be wider, your friendship circle will be more interesting, and your life will be richer, even if you are not. This post was originally published at an earlier date.

Should I Take An Apprenticeship Over An Undergraduate Degree? How To Address An Incomplete Degree On Your ResumeWill An Advanced Degree Help My Career?Disclosure: This post is sponsored by Matt Rawlings. You can learn more about sponsored posts here.   Photo Credit: Shutterstock