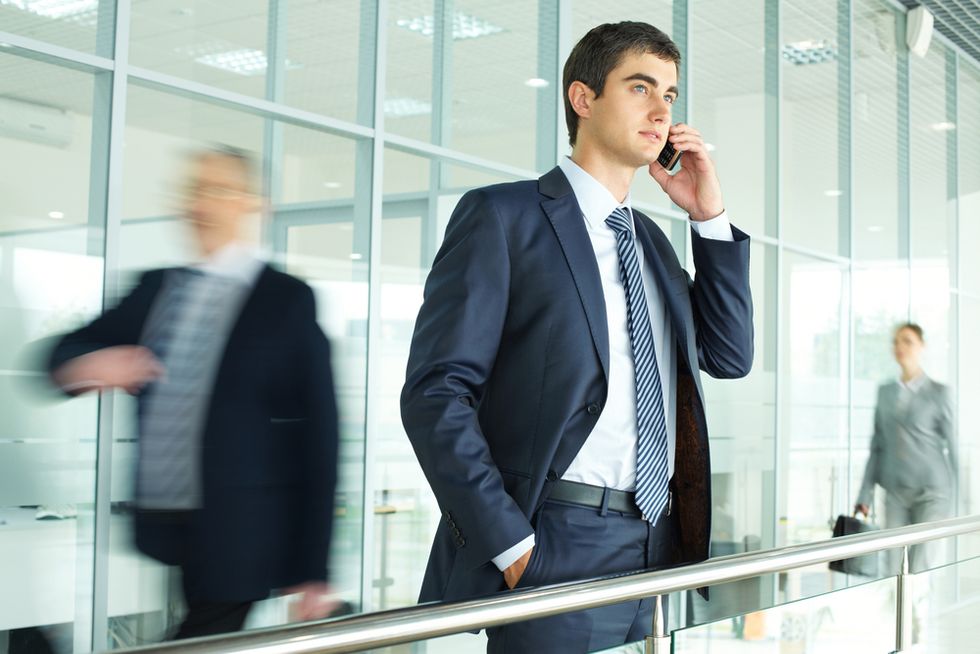 Today, using referrals to find jobs is more common than ever. In order to save time and money, companies are relying more and more on current employees to help them hire new ones, according to a recent article published in the New York Times. Related: The Worst Face-To-Face Networking Mistake However, making common networking mistakes can prevent any job seeker from getting hired. When it comes to looking for a job, there is no room for error, especially in a time when everyone is competing for the same job you are applying for.

Here are some common networking mistakes to avoid in your job search:

Job seekers “want to do everything online, without actually pressing the flesh and meeting people in person,” said networking and communications technology expert, David Strom. “There is no substitute for getting out there and introducing yourself to people who might know someone who is hiring.” An article written by Ruth Mantell on the Wall Street Journal website titled “Networking Mistakes We Often Make” agrees with Strom’s deduction. Job seekers are misusing the Internet by relying too much on its networks and forgetting there is less room for rejection when meeting with someone in person (no unanswered e-mails, for example). “Go to at least two or three meetups a month, and bring business cards and introduce yourself to random people,” said Strom. “Don't be shy, even if you aren't the most outgoing person, talk to one or two strangers at these meetups, and see if you can find common ground.”

2. Expecting Too Much Too Quickly

In his article on Inc.com, “Top 5 Most Common Networking Mistakes,” author Jeff Haden writes that it is important to not ask for what we want from networking contacts right away. We’ve got to give before we get. Take some time, get to know your contact, and see what skills or services you can provide for that person. Try not to think about what they can do for you just yet. The goal is to broaden your network and make meaningful connections so that they can help you later. So, start networking early.

3. Not Working On Personal Branding

Emdad Khan, graduate consultant at 3 Minute Mile, says that job seekers - particularly Millennials - are not properly branding themselves for the job market. “Anyone can reel off their qualifications and their ‘skills,’" he says, "my favorite being, I can work well as part of a team, but can work independently as well, but that’s not going to work at a networking event." Khan suggests having more self-awareness can help with this networking mistake. “By understanding ourselves, we will be better equipped and more confident in ourselves and our abilities (and indeed shortcomings). We are better able to understand what transferable skills we have, in what environments we work best in, what drives us to work... When meeting people, if you understand yourself, this confidence resonates.”

Although you want to build strong relationships with your networking contacts, the goal is to meet as many people as possible when you’re at networking events, says an article on MasterMind Connections - a site led by business coach, Chad Coe. “Ask questions and, presuming you see a fit, politely ask for their card and ask for permission to stay in touch,” states Coe. “Remember, this is not the time to make a sales presentation or to tell your life story. It is the time to spend a few minutes of quality time with someone new and then move on to meet a new prospect.”

“Let’s say someone has found a way to brand themselves,” said Khan, “a way to differentiate themselves, how will people know about you?” Though LinkedIn and other social networks like Facebook and Twitter have made it easier to network and get your name out there, many job seekers fail to keep a professional image of themselves online. “Spend some time improving your LinkedIn profile and developing your network,” added Strom. “Remove those pictures from Facebook that you shouldn't have taken, also.” Remember, no employer wants to hear about your fun weekend in Vegas, let alone a professional network contact.

When we meet with what we hope are our next job referrals, we want to be specific about our skills and talents. That way, our contacts know who we are and who they should refer us to. In an article for The Wall Street Journal, chief executive Scott Melland of Dice Holdings, reflected on an executive who was too vague: "A very experienced product executive told me during a single lunch that he wanted to start a company, go back to school and serve on a board. How on earth could I ever help that person? My take-away was that he didn't know what he wanted to do.” Be specific and try not bombard your contacts with different, unrelated things you want to accomplish in your professional career.

Another common networking mistake Khan finds is the lack of following through with networking contacts. “They expect others to come to them," he said. "More often than not, this will not happen in the work context, and it’s up to the job seeker to follow through. For example, if a job seeker meets a potential lead, and they connect on LinkedIn, what next?” According to an article titled, “10 Networking Mistakes That Make You Look Dumb,” you have to remember to follow-up with contacts to continue your relationship and building a good network. Send your contact an e-mail every now and then or give them a call to schedule another meeting, but try not to go overboard. The last thing you want to do is annoy your networking contacts.

“Building a professional relationship is a lot like a romantic one - fragile,” said Khan. That being said, you shouldn’t be afraid to work hard to build relationships. According to career coaching website, Success Coaching, one of the top networking mistakes is a lack of patience in conversations and wanting to pitch your sale from the beginning. You have to build up to your pitch. Focus on the other person for awhile and find ways where you two can continue to connect.

9. Forgetting To Say Thank You

In an article on Forbes.com titled “4 Networking Mistakes You Don’t Know You’re Making,” the author highlights that not showing gratitude to your networking contacts can make a negative impression. That’s not what you want to leave others with. Since life can get busy and it’s easy to forget to send out a thank you card, setting a reminder on Gmail to say thank you can help you remember to show your appreciation to your newly acquired professional contacts.

Whether it’s a networking event you are attending or simply meeting a contact for lunch - or even a Skype chat - dressing professionally is something you should always keep in mind. You’re trying to get a job, not go out on a casual date with friends. Dan Woog, wrote on Monster.com that “A networking event can be a dress rehearsal for a job interview, but no one will help you get your foot in the door if you give the impression that you'll slouch through it once it's open.” Remember, you have to look and act the part so you can convince others that you’re ready to work and be a professional. This post was originally published at an earlier date.

10 Tips For People Who Hate Networking Top 10 People You Must Have In Your Network To Find A Job 8 Steps To Build Relationships After A Networking Event   Photo Credit: Shutterstock
From Your Site Articles