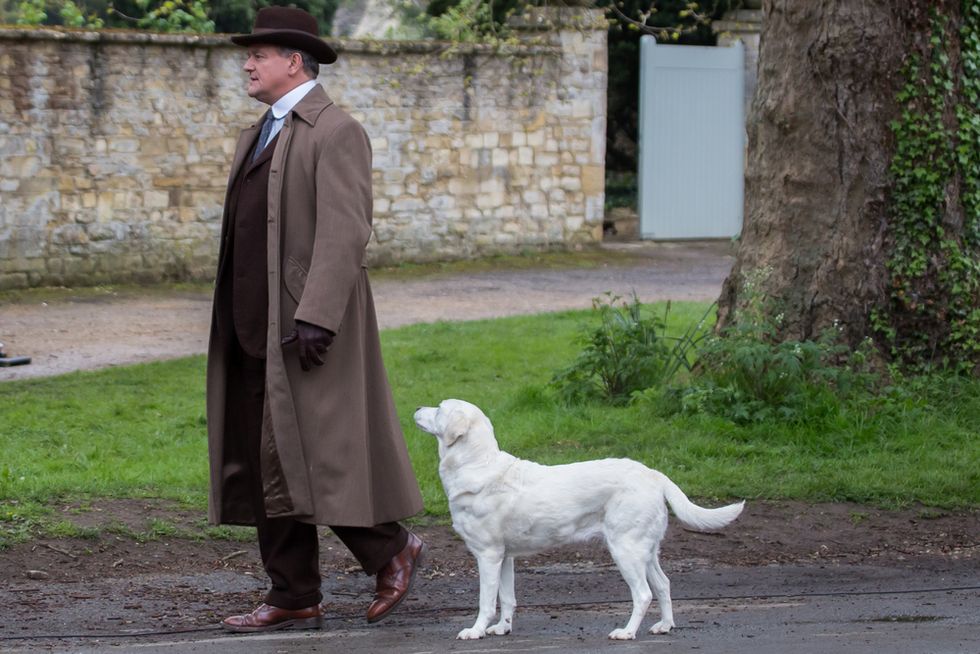 In the first parts of Downton Abbey’sThomas Barrow’s job search, we saw Thomas’s frustration coupled with his lack of preparation. Fortunately, in the series finale, we discover that Thomas’s job search was “successful,” to the extent that he found a new job, but that ultimately he was able to finally land back “home” at the Abbey in a position he will truly enjoy. The journey provides some additional messages for job seekers, extracted from Thomas’s experiences in the early 20th century, but relevant for all job seekers in today’s environment. Related: An Interviewing Lesson From ‘Downton Abbey’ The second interview we see with Thomas is very different from the first and Thomas’s assertiveness is to be praised. Obviously seeing a visual difference between the condition of the estate and the advertisement for the job, Thomas assertively asks “Perhaps you could tell me more about the job?” When Sir Michael Reresby ignores the question as he tours the dilapidated Dryden Park estate with Thomas, Thomas persists, again asking for “more about the job? How many staff do you have?” It is obvious that Thomas decides to move quickly to get away from this situation, finally taking himself out of consideration with “Maybe I’m not quite up to it?” Job seekers today, like Thomas, need to assertively inquire about the real expectations of the job. And they need to be willing to walk away from a job that does not meet their expectations – even if the need for job is great – which is exactly the situation Thomas sees. In the same episode Mr. Barrow responds to Carson’s comment on his sullen attitude: “I can’t see the future, Mr. Carson. But then I suppose, none of us can.” This is an interesting comment because it is so important for job seekers to be looking at the future, in determining the vision for their future and in the need to monitor the trends of the job market and job search techniques. In the series finale, the story returns to Mr. Barrow’s job search with the early scene of his announcement that he’s found a new job, working at the estate of Sir Mark Styles, with Mrs. Jenkins and a maid, Elsie, as the only other staff. Unfortunately, we are not treated to any details of how Thomas interviewed. He is offered the job via a letter. But we do learn very quickly that it’s a pretty safe assumption to conclude that he took this job under the pressure he was feeling to get a job, any job. And that makes it equally easy to conclude that no matter how the interview went, Thomas endured it under that pressure. One online review site summarized Thomas’s new job perfectly. “Barrow landed a job at another Yorkshire estate, working for a dull old couple who would have caused the statuary to keel over from boredom.” It is obvious from every scene with Barrow at his new job that he’s bored and hating every minute of it. Perhaps Thomas is reflecting the frustration of the 70% of employees today who reportedly are “disengaged.” When prompted by one of his former co-workers from Downton Abbey to get along with everyone, he responds “there isn’t much of an everyone to get along with.” But the final scenes of Downton Abbey bring Thomas Barrow back to Downton Abbey in the esteemed position of Butler, replacing the seemingly irreplaceable but ill Mr. Carson. And in this final moment, there two outstanding messages for job seekers. Barrow’s job searches and short experience with his new job with the Styles have demonstrated to him how good his job at Downton was. A colleague e-mailed me with a perfect description: Barrow now has an “attitude of gratitude” that shifted his whole being making him a much more “likeable” character. When he is at the wedding and volunteers to serve champagne during the crisis he did it out of true commitment and concern which is not the Mr. Barrow we had come to know and love (conniving and manipulating). The truth is HE CHANGED which changed his whole perspective and hireablity AND made him the right candidate for the Downton job which he would have never had been considered for previously. In today’s competitive world, several top companies have realized the value of recruiting from former employees. I’m familiar with a top U.S. company which actively recruits from “alumna” and has found that when these former employees return, they have noticeably stronger attitudes, higher retention, and lower absenteeism than employees who’ve never left. I had a student several years ago who actively contacted employees who left on a regular basis, offering strong incentives to return, with excellent results. The final point from Downton Abbey is a solid point for all job seekers. Barrow has clearly earned this job based on his job performance – his selection for the position is easy. Even though he’s left – for a very short time – it’s really an internal promotion. His performance, over ten plus years of service, is known. His flaws are known, his growth as a person is known. Plus, when Mr. Carson is asked if this is OK with him, his response is clear: “Of course, sir, I trained him.” It is the challenge for every job seeker today to make their performance known, in the interview, on the resume, and on the LinkedIn profile. It’s performance, clear accomplishments, that distinguish top performers, not skills and experiences.

Jim Schreier is a management consultant with extensive experience in job search techniques and counseling. He also focuses on drawing leadership and career message from the performing arts. Visit his website at here.   Disclosure: This post is sponsored by a CAREEREALISM-approved expert. You can learn more about expert posts here.Photo Credit: Shutterstock