Is Your Reason For Leaving Your Last Job Scaring Away Employers? 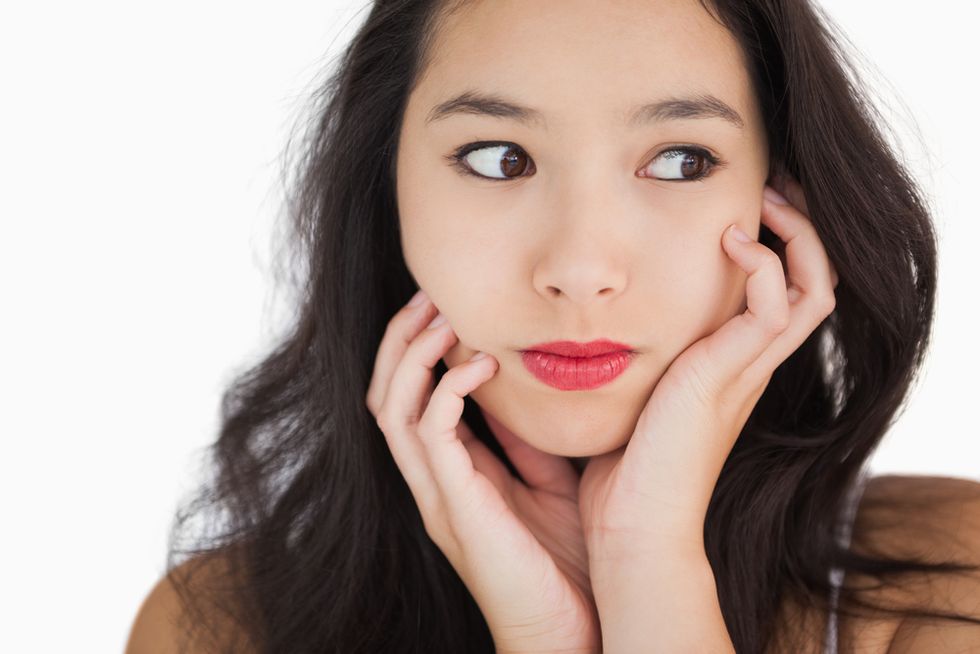 You quit to relocate with your significant other - But is this reason for leaving your last job hurting your chances at a new one? Each week, we choose one question from our readers and throw it out to our panel of approved career experts to answer. This week's question:

"I quit my last job almost six months ago now. Naturally, in interviews, I am often asked why I left my job. At first I would answer something along the lines of 'to pursue other opportunities,' but they always push for more information then." "Eventually, I end up giving the full out honest answer, which is: I moved to Sweden. ('Sweden? Why?' they ask, surprised.) Well, I was dating a guy for almost four years who was from Sweden, so I moved there to be with him. Then we broke up, and here I am back in the U.S. (Some version of that is the answer I end up giving.)" "I don't necessarily feel that giving this answer hurts me. Perhaps it surprises the interviewer, but generally they seem fine with it, maybe even empathetic. I suppose it helps that I have been interviewing for jobs with an international focus (in the travel or international education industry) so the people in the company tend to have more understanding of this kind of thing. But still, I find myself wondering if it really is hurting my chances. Advice?" - R

How To Combat A Scary Reason For Leaving Your Last Job

Assure Them You Won't Leave

"If I interviewed someone and they had a similar story to yours, my first thought would be, 'Is this person going to leave our company for a similar reason?'" says Ben Eubanks of upstartHR. "I don't know if it's affecting your search or not, but it very well could be." Eubanks suggests that, if you do take the time to elaborate on this story, explain what you learned from the experience and how it will not affect your future work/career plans. That's the best way to mitigate any negative side affects of hearing this story.

Tell Them You Moved For Personal Reasons

"I would simply state you moved there for personal reasons and leave it at that," Debra Wheatman of Careers Done Write says. "I don't think it is necessary to give too much information regarding the nature of your move. 'For personal reasons' is enough and that will likely be the end of the questioning about it." If you're asked about your move, keep your answer short and sweet. Instead of going into detail about why you moved, Wheatman suggests explaining the great cultural experience you had while living abroad. Cheryl Simpson of ExecutiveResumeRescue.com suggests emphasizing you want to continue your career growth where you are now. "That will satisfy your interviewer's understandable curiosity without sharing too much personal information or opening the door to their potentially negative perceptions of your actions," she says. "The last thing you want to do is make yourself look flighty or unreliable."

Mary Sherwood Sevinsky of Injured Worker Help Desk says it would be best to focus on positive things you are doing to advance your career. Consider the following: If you must talk about why you went abroad, Sevinsky suggest saying something along these lines: "I had the opportunity to go abroad for a few months and hoped that it would result in a more permanent situation." "Being able to respond in a way the interviewer is not surprised will definitely improve her chances of being considered," she says.

Be Prepared For The Question

"The truth isn't hurting your chances rather your reluctance to tell it," says Corey Harlock of Skills to Achieve. "By being vague you are raising red flags and forcing the interviewer to 'work' for the truth - sends the wrong message." Since you know the question is coming, Harlock says you need to prepare for it. He suggests preparing a 30 - 60 second answer that will put it to rest and leave no window for the interviewer to have to follow up so you can stop talking about why you haven't been working and get back to talking about why the should hire you.

Be Transparent, But Show Them You're Not A Risk

"The main reason people want to know about your reasons for leaving previous positions is to gain insight on any possible risks," says Dorothy Tannahill-Moran of Next Chapter New Life. Employers are looking for potential risks like these: Tannahill-Moran says it's probably wise to be transparent with the employer about the situation, and suggests being proactive on your resume. "An example might look like this: Reason for leaving - Moved to Sweden to be with significant other/partner," she says. "While it won't cause them not to ask, it will answer that question while they're reviewing your resume. You never want hiring teams to make incorrect assumptions, so just be transparent as much as possible."

Add More 'Meat' To Your Response

"I'd recommend adding more 'meat' to your answer, with information on why you took the job overseas (especially if it aligns with the requirements of the role you're pursuing now)," says Laura Smith-Proulx of An Expert Resume. "Give the interviewer details on how this position would have expanded your career skills, provided an opportunity to advance in the company, or offered killer projects, all of which will show that you were intent on pursuing your career, as well as maintaining your relationship."
From Your Site Articles
Related Articles Around the Web

Didn’t get the job? Rejection isn’t easy, but it’s important to leverage the progress you’ve already made with this company. In fact, this is a great opportunity for you to build a professional relationship with the hiring manager and keep things moving forward in the event another opportunity arises.