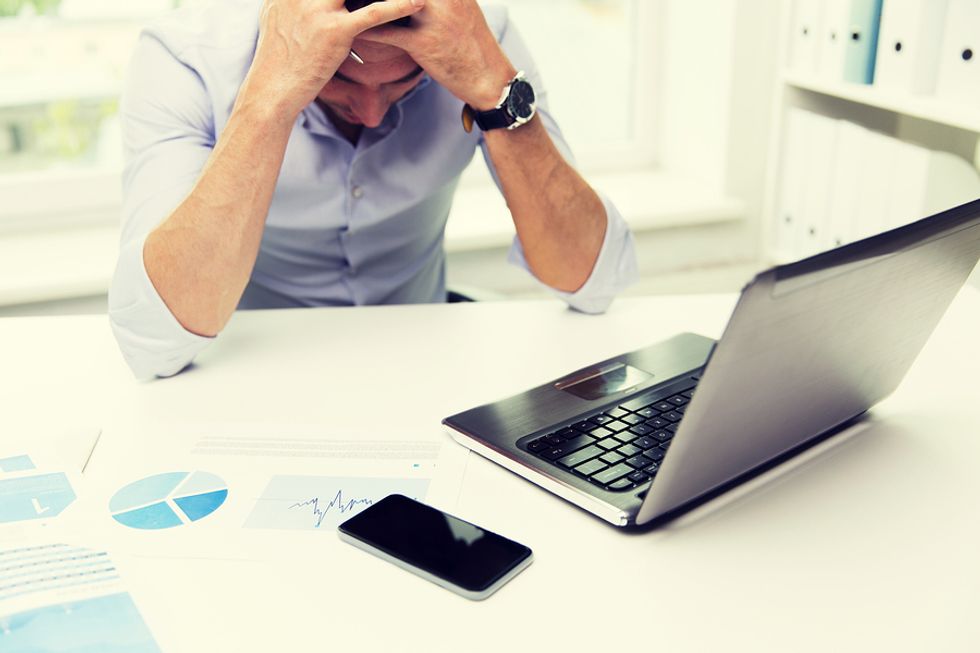 I cannot claim the following as the “worst ever" because there are too many examples of poorly prepared interviewers and bad questions. But the following true story certainly deserves a nomination for the list of possibilities. Related: 5 Ways To Recover From A Bad Job Interview It happened on a Saturday morning – and perhaps more unfortunate, it happened to a 16-17-year-old teen.

Not a good way to start off this young man's experience with being interviewed. It was a local “quick oil change" shop. I was there to have my car serviced when this young man walked in, neatly dressed, and asked for the manager. The attendant excused himself and walked into the service area. About 10-15 minutes later, the manager walked in, greeted the young man and said: “Sorry for the delay, I had something important to take care of." Oops! – glad he just told the young man that he wasn't important – and likely sent a clear message about how important his employees are (or will be). I point out that at this point my service was completed, and I paid my bill – but I didn't leave. I knew I had to sit down, pretend to read a magazine and see where this interview was going. The manager continued the interview with: “So, tell me about yourself." The classic, most frequently asked first question – in some ways the worst question but the truth is that it's a bad question because the overwhelming majority of candidates are not prepared to answer it effectively. But a 16-17-year-old? The young man clearly stumbled. I could see the thinking going on in his head: “I'm 16, I go to school…." And that's basically how he answered the question. I was sitting less than five feet from this “interview, " and it was easy to read the non-verbals from this young man. He's thinking “how am I supposed to answer this?" The next question was “What do you know about this company?" It's common practice to expect candidates to know something about the company but a 16-year-old? I think the interviewer was expecting the young man to know the company's ranking in the Fortune 500 or their current stock price. The teen replied with the painfully obvious: “You change the oil in cars." I think the young man nailed it! It gets better – or worse depending on your point of view. The next question was: “What can you do for me?" Honestly, I was torn between jumping into the interview because of the empathy I was feeling for this young man or falling out of my chair laughing. I couldn't have scripted a poor interview any better. Again the young man, very uncomfortably, said: “Well, I guess I can change the oil." Good answer – pretty directly appears to respond to the number one expectation for the job. It's not going to get any better – the next question was “What are your strengths?" Now I am a firm believer in people understanding their strengths. But the bottom line is that most high school students have not been exposed to this – and often don't see themselves as having any real strengths. This was again verified by the young man's clear and growing discomfort. He basically struggled to answer that he wasn't sure, that he'd been getting good grades in school, gets along with his parents… Most interviewers probably know the final question – “What about your weaknesses?" It was again painful to watch as the young man, attempting to maintain his composure, clearly didn't know what to say, hesitating before responding, that “I think my parents feel I'm messy at times." I know that this young man applied for this job – perhaps because he wanted to work with cars, perhaps because he needed to get a job to earn money for gas, for school, for dates… But I really wanted to step in and tell this young man that the last thing he wanted to do was to accept a job working for a manager who just demonstrated such incompetence. And I was pretty certain, that if he did accept a position for this company, he'd likely not stay very long – adding another example to the problems of youth and part-time jobs. There are two major conclusions here. The first is clear – for job seekers. You'll be asked bad questions – learn how to give good answers even to the worst of questions included here. The second is the charge to managers. Hiring is one of the most important things that you do – getting the right people is clearly tied to your organization's productivity and quality service. This is clearly a script for the absolute wrong way to conduct an interview – don't follow it! (Note: this story is 100% accurate. I've actually got a picture of the business where it occurred.)

3 Steps To Genuine Productivity At Work Want To Be More Productive? 6 Things To Consider 5 Yoga Practices That Make You More Productive Disclosure: This post is sponsored by a Work It Daily-approved expert.