Keys To Building A Winning Workplace 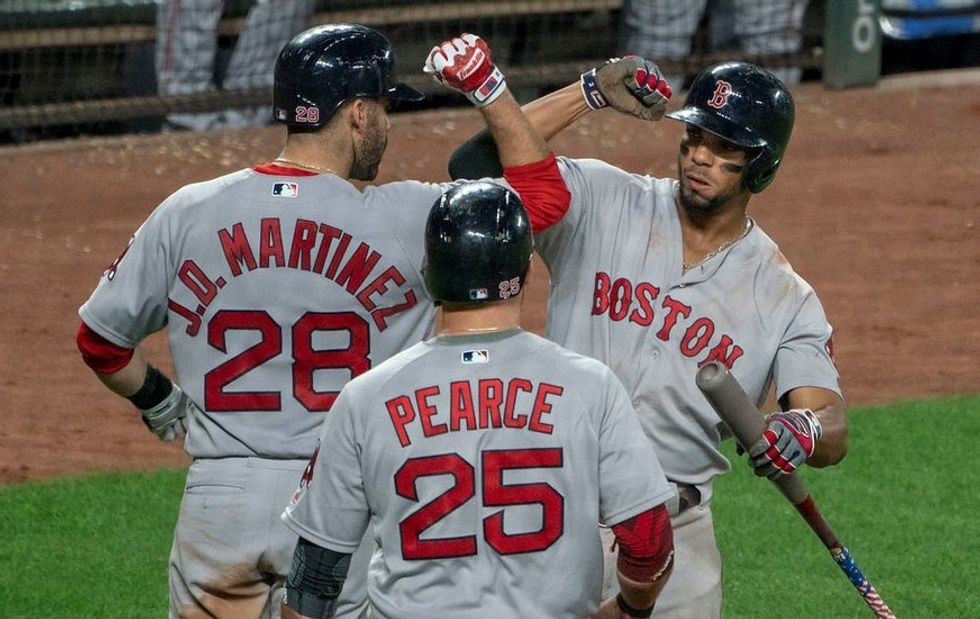 Sports are a great distraction from everyday life. As a fan, there's nothing more thrilling than when your favorite team wins a championship. In many ways, a successful workplace is a lot like a championship-caliber sports team. Bear with us, it's not as crazy as it sounds.

Well-run workplaces and championship teams have the following characteristic in common.

Whether it's a manager, company president, or CEO, the tone from the organization usually starts from the top.

A good authority figure is clear about the company's goals and expectations. They have a general road map of how to reach these goals and try to put their employees in position to succeed.

Six-time Super Bowl-winning coach Bill Belichick is as direct as they come. Those who play for the New England Patriots know exactly what they're getting into when they join the team. Those who don't buy into Belichick's style are let go, while those who stick around would generally run through a wall for him because of his track record of success.

Managers who properly motivate employees and have a history of success can build a company with loyal and hard-working people.

A Strong Workplace Has Veteran Employees Who Deliver Results (The Superstars)

Does your workplace have a LeBron James, Tom Brady, or Derek Jeter?

This is the worker that has been with the company for a long time and has been through every situation on the job imaginable and usually exceeds expectations.

They are natural born leaders and have a way of making everyone around them better.

For management, having this type of employee is invaluable.

Young Talent That Energize The Office (The Future Superstars)

Whether it's a result of retirements or growth, companies need to bring in new employees from time to time and in many cases these will be younger members of the workforce.

New employees bring with them fresh ideas and no attachment to established methods of the workplace. The trick is blending the new ideas with some of the established ones.

If done right, the infusion of these new perspectives could help a company get over the hump and reach a goal they've been falling a little short of.

Most championship caliber sports team benefit from the performances of young players. In his first year as a starting quarterback in 2018, Kansas City Chiefs quarterback Patrick Mahomes brought the Chiefs to the brink of the Super Bowl, while setting NFL records.

Employees Willing To Step Up And Assume Leadership (Role Players)

These are the employees who make up the majority of your workforce.

They have specific roles and may not get the same attention or praise as other employees do. But these workers show up every day and perform their roles at a high level.

In a pinch, these employees can step up, take on additional roles and deliver when other co-workers are in a jam or unable to perform their jobs. These employees are the backbone of your organization.

When two teams are battling for a championship, each team puts a lot of attention on stopping the other team's star players. This is when you see the emergence of role players. Steve Pearce assumed the role of starting first baseman for the Boston Red Sox in the 2018 MLB playoffs following an injury to primary first baseman Mitch Moreland, Pearce went on to win World Series MVP.

In a well-run organization, any employee who puts in the effort should have an opportunity to excel and grow with the company.

Workplace Culture Is Essential To Success

We've seen with many sports teams that just because you have the talent, doesn't mean you're going to win. You never know how certain players will play together or what type of adversity a team will face during the course of a season or playoff run.

A team can lose a number of players throughout a season due to injuries or a player just not being a good fit.

The same is true in the workplace.

You can hire talented people, but you don't know if they're the correct fit for your company culture until they get in there and start working with others.

If you hire the wrong people, you risk having a dysfunctional and toxic work environment with high staff turnover. With that type of environment, it's going to be difficult to overcome any challenge or accomplish any goals.

If you're lucky enough to hire the right people and they work well together, any challenge can be overcome and the organization can reach new heights.

From Your Site Articles
Related Articles Around the Web
workplace environment