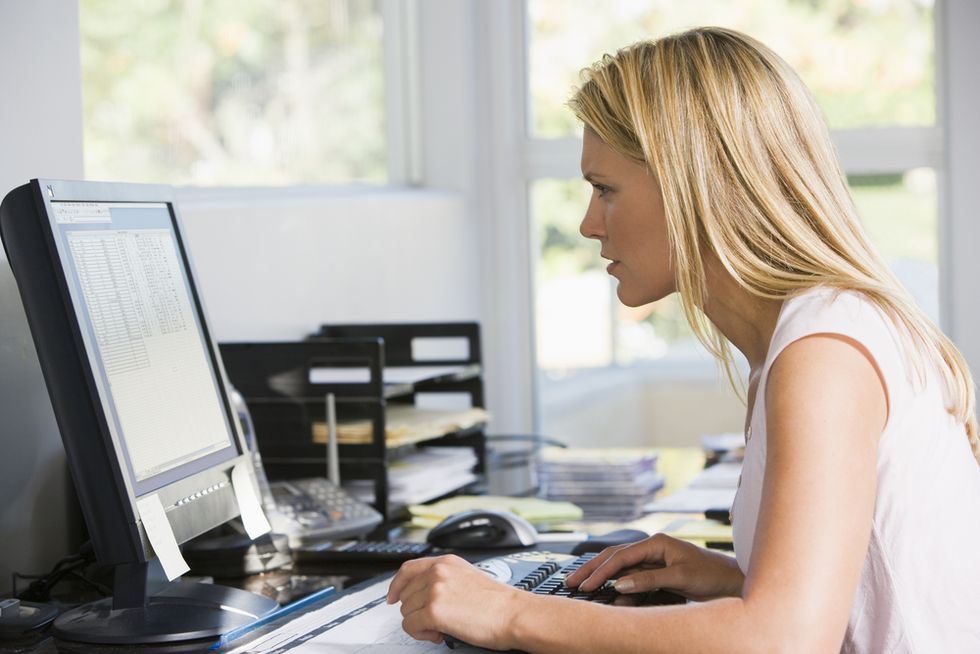 Networking is sizzling hot. You’ll most likely land your next job through networking. It helps you find leads in a new company or industry, get informational interviews, and tap into the hidden job market. And now there’s online networking. Social and business networking sites galore. For those of you who’re always dragging your feet to in-person networking events; a true blessing! Yet, not everyone’s response to online networking is, “You had me at hello!” Typically, I’ll hear people say: “It takes too much time.” “I don’t know what to do or say.” “I reached out to my network and nothing happened.” In this article, I’ll explain some common networking mistakes to avoid and what to do instead. And, because it’s easier to demonstrate this using real examples, I’ll pick one of my personal networking-gone-wrong scenarios to help you see what happened and how to do it differently. Here’s such an example... A little while ago, I received an e-mail from someone I didn’t know, but whose name sounded vaguely familiar. The e-mail she sent was clearly a mass e-mail. She had correctly sent it to herself and bcc’d it to everyone else so none of the e-mail addresses were showing.

1. Make Sure You Use the BCC Feature When Mass E-mailing

You don’t want to start off losing half of your own network because they’re mad at you. Most people don’t like having their e-mail addresses up for grabs like that. So far, so good. She talked about how she’d been working in a new interim job, how she’d collaborated with many of us in the past, and that she was now looking for another job more in line with her skills. She concluded her e-mail by offering to help provide us with leads or contacts. Very nice. First, let’s see what she did right. She identified the industry she wanted to work in, in which capacity, and what kind of skills she wanted to use. To make it more effective, she could have elaborated on what exactly her track record was in similar roles, using those same skills. She could have identified specific companies she was interested in. This may have been common knowledge to her network, but if you’re trying to expand your reach, you want to always include specifics in case someone wants to forward your e-mail to one of their contacts. No lengthy essays, but some particulars. What mistake did she make? She asked for a job.

2. Don’t Ask Your Network For A Job

Just as she offered her network contacts, and not a job, she should have asked for leads from her network. It’s totally OK to let everyone know you’re looking for a new job. But when it comes time to ask for favors, you’ll do much better asking for contacts at specific companies or industries, or advice about entering a particular field. Your new job is very rarely just one contact away. Most often, it’s a six-degrees-of-separation kind of (or)deal. Think about it: How many people do you know sitting around with jobs to hand out? You may ask: “But what if someone really did know of a job opening that would be a great fit for me?” In that rare event, they’d tell you! The problem with directly asking for a job is it puts a burden on people. It’s quite something to have to come up with! And, if they don’t have one, the conversation usually ends there. Except for with me. Given helping people with their careers is my job – and my passion, I felt compelled to reach out to her. Besides, I had a client who was applying in the same industry she was pursuing. Even though they could be perceived as “competitors,” I thought I’d check with my existing client to see if she had some names she no longer needed for a hot job lead. So, here’s what I e-mailed her - verbatim but with identifying data omitted to protect the innocent: Hey (name), Please forgive me - your name rings a bell somewhere, but what do we know each other from again? Anyway, congrats on your new job, and I'd be happy to keep my eyes open for you. I just had a client apply for the exact type of jobs you're after too, so if there are any contacts she's willing to share, I'd be glad. Good luck! Ilona PS: Just curious, how did you find your current job? Her response: Hi Ilona, I am actually looking for a job so if you can share any info I would be very grateful! What went wrong? She sounds polite, no? Let’s look a little closer and put it in perspective by rereading my e-mail to her. There seems to be an overall disconnect. She is ignoring my questions and not making any attempt to establish some sort of rapport. My first question is the most important one – how we know each other. I’m reaching out to her as someone she wrote to but who – turned out – is a complete stranger to her. I’m trying to establish some sort of relationship with her there, but she ignores it. Instead, she goes straight to “the goods.” Even though she states she “would be very grateful,” she is falling short here.

And I’m not that different from most people when it comes to this. I read a blog post a while ago; the author described how he granted an informational interview to someone, later received an e-mail from that person, but never heard the words “thank you.” He was ticked off. In my situation, all it would’ve taken was for her to connect with me in her first response, and acknowledge I was doing her a big favor, especially because we didn’t know each other. Of course, even if you do know the person you’re approaching, make sure to thank them – overtly. Someone is putting their reputation on the line for you by reaching out into their network and either recommending you to someone else or by linking the two of you. Or, they’re taking time out of their busy day to help your career along. The rule of thumb is you shouldn’t even expect a response from a stranger you are asking a favor of. They don’t owe you anything. Some people are inundated with requests for leads and information. Humans tend to want to help others, so your odds of getting a favorable response are good. However, don’t sulk when you don’t hear back from a stranger you approached. Another factor to keep in mind, you don’t want your communication to be too long-winded, but you also want to watch out for those Blackberry and iPhone-inspired one-liners. There’s a time and place for everything; trying to establish a new connection needs more than a curt sentence. If this seems very basic to you, that’s because it is! Yet – I had a hard time deciding which real-life example to use here as I have so many networking-scenarios-gone-wrong to pick from. Mind the details and watch your network blossom!

Why You Should Connect With Co-Workers On Social Media