The Curious Case Of Overtime And Productivity 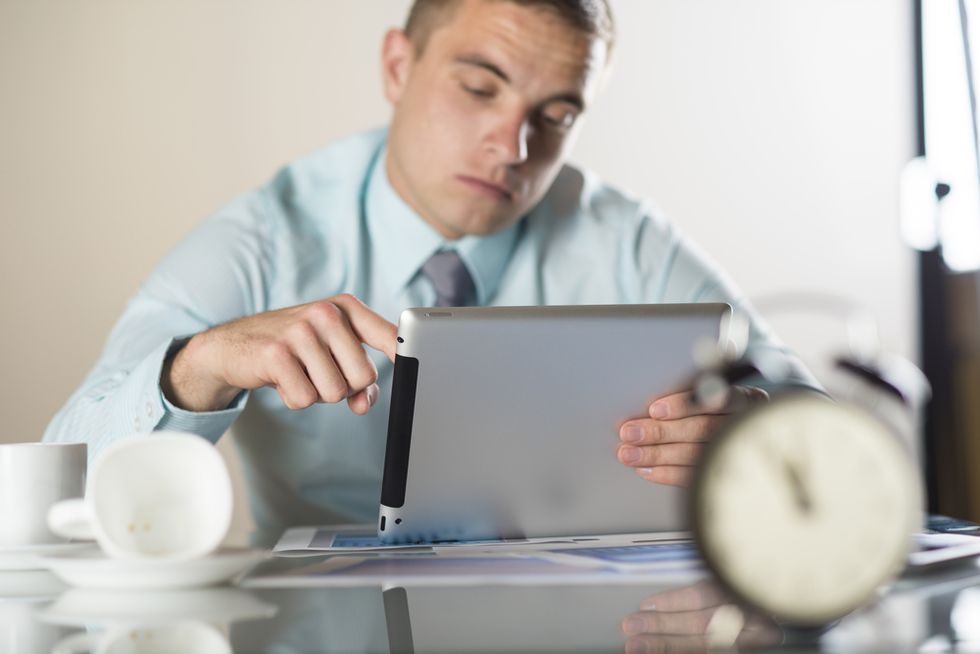 Arianna Huffington of the Huffington Post has an interesting take on the connection between sleep and productivity; especially the one-upmanship that goes on between the boastful people who cite sleep depravity as the secret of their success. If you also think making your employees work overtime will reap you benefits, you’re on a risky terrain already. It's okay if you’re compensating them monetarily, but it's outright criminal if you’re not offering any extra cash. So, is overtime really that counter-intuitive for growth and productivity? Here’s an attempt at exploring it:

It’s true, accolades are ushered upon those who put in extra hours. They scoop this time either from their sleep or recreation; furthering the chances of on the job burn-out by ten folds. During 2011, Harvard medical school came out with a study that in the United States insomnia costs $63.2 billion per year in productivity. Our modern day workplace ethos dictates us to do more work and faster. And, when an employee does it after finishing the task, s/he’s given more work with double the alacrity. An unstoppable, vicious circle. Cheri D. Mah, a Stanford researcher discovered that when basketball players (males) slept for 10 hours at night their performance got a real boost. There’s no dearth of examples that relate a good sleep with high performance, but that will only happen when time is utilized constructively. A lot of times poor utilization of time is the cause of low performance.

A motivated employee is seldom a product of overtime and overwork. There is a direct relationship between the number of hours and motivation. The moment hours go up by 10% to 20%, the motivation declines. The further it goes up, the effects are even more devastating, resulting in disgruntlement. This is one of the biggest disadvantages of overtime. On the other hand, managers and employers with their constant ‘need to control,' always want more work in less time, making workers feel they’re always behind schedule. So, putting unrealistic targets in front of them is also a way to make them work extra. Organizations should instead find ways where employees work out of choice rather than compulsion.

The quality of work suffers (and the efficiency does, too!)

It happens eventually, if not immediately. Putting in extra hours and maintaining a good quality is nearly impossible for most people. Regular exhaustion, weariness becomes routine. Attention to details is squarely affected, so does meeting the standards and expectations. Also, since workers are marring their aspirations of pursuing personal interests and not spending time with their families, they would try to rush through the job. This is where mediocrity comes in. Employers want to see their workers perform consistently. But overworking never lets them go beyond regular. Besides anyone working overtime is less likely to be enthusiastic about learning new skills or undergoing cross functional training. Overtiming leaves them with enough reason to care only about their wages.

Some considerations for every employer:

As an employer of your small business firm, it’s always better to customize your ways according to the size of your firm. We’re using some facts to shed more light. In April 2012, Sheryl Sandberg, the COO of Facebook admitted to makers.com that she leaves office at 5:30 pm, to spend quality time with her family. Suggestion: Being Sheryl Sandberg may be an exception. But, as a manager/employer of your small business firm, leaving home before your employees might irk them to no end. Of course, it’s different in the hospitality industry, where people are scheduled in shifts and work hours and timings are pre-planned. Over there, using a workforce scheduling software can come in handy. Humungous layoffs during the 2008 Recession (close to 9,000,000 people in the U.S. alone) has left its scars. At that time employees worked overtime at same or less pay. To fend off any such injustice now, they’ve started filling lawsuits. Suggestion: Beware of getting into a lawsuit situation with your employee. It might not only bring you bad reputation, but can be financially very upsetting. Researches by Harvard Business Review say that only certain kind of employees, committed to certain kinds of professions and work environments are at a risk of sickness, injury or low productivity at some levels of long hours. So, it’s true that longer hours wouldn’t hurt most employees physically. Suggestion: In the U.S., there’s huge ambiguity over overtime laws, under the Fair Labor Standards Act. Besides the issue is forever contentious as many researches say overwork can hurt your heart.

Studies say once you’re up for 24 hours, the level of glucose that reaches your brain goes down (this explains your chocolate cravings). Similarly, the glucose lost by parietal lobe and prefrontal cortex is 12% to 14%. These are needed for thinking, interpreting ideas and differentiating right from wrong. So, let alone good performance, even error free work looks impossible. It gives rise to bad eating habits, turns into ill health followed by bad temperament and finally low productivity. Act now, before overtiming becomes your employees’ nemesis! Enjoy this article? You've got time for another! Check out these related articles: Photo Credit: Shutterstock

Recently, a long-time colleague, the chief sales officer for a $21M technology company, reached out to catch up and asked for help to get to market in the primary vertical where I focus. He went on to share that his company made an initial go-to-market attempt by assigning a sales rep because of their familiarity with the product. He then admitted a modest return on their investment and a residual lack of knowledge of the industry, few connections, little brand recognition, or sales results. Fast-forwarding to today, he expressed urgency to relaunch with a short game to start generating revenue quickly and a long-term plan to establish themselves in the space.