Why The U.S. NEEDS A Better Maternity Leave Policy 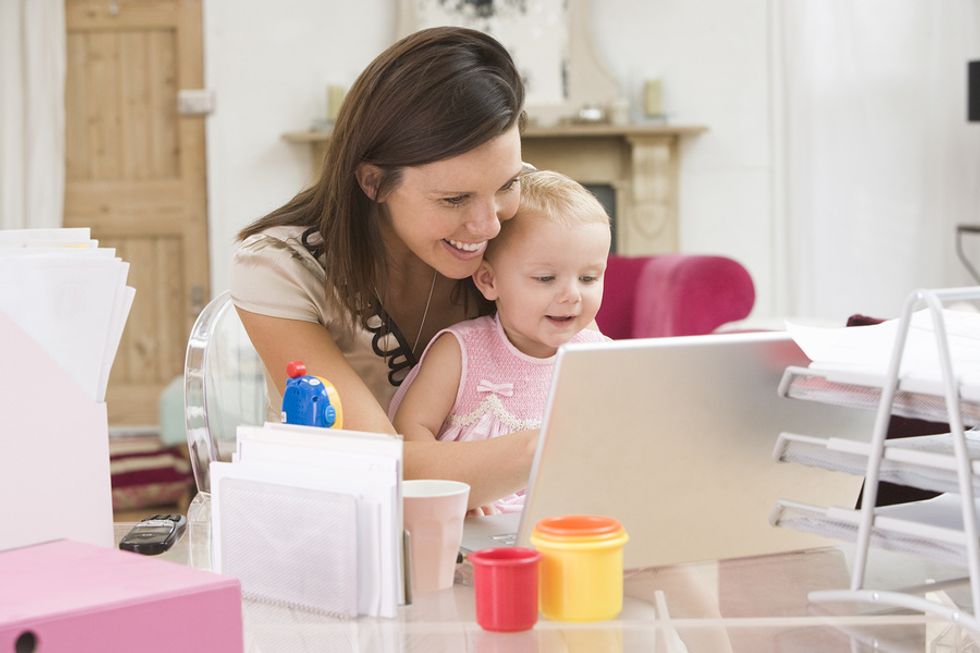 Deciding to become a mom is a huge milestone in a woman's life.

Expecting mothers and working mothers in the United States, in particular, are faced with this difficult situation.

The U.S. doesn't have a federal policy on paid maternity leave. That means it's up to the states to decide if new mothers get paid leave, and if so, how long the leave lasts and how much they're compensated. So, while a new mom in California may be eligible for paid maternity leave, a new mom in Arkansas may not. Working fathers also face similar situations as working mothers when it comes to paid leave in the U.S.

That inconsistency serves as evidence that there is a HUGE need for a federal maternity leave policy in the United States.

There's more evidence, too. Here's why the United States needs to get the ball rolling on a federal paid maternity leave policy.

A recent study from UNICEF shows that the United States is the only OECD country that doesn't require nationwide paid maternity or paternity leave.

The study also shows that the United States ranks last in the list of countries that have national family-friendly policies.

With this data, it's logical to conclude that the United States is incredibly far behind other countries when it comes to paid family leave policy.

The most significant piece of family leave legislation in the United States is the Family and Medical Leave Act of 1993. This requires companies with 50 or more employees to offer 12 weeks of unpaid leave per year for mothers of newborn or newly adopted children.

To put that in perspective, Bulgaria offers new mothers more than a year of paid maternity leave. They are offered 90% of their gross salary during this time.

By not keeping up with global family leave policies, the United States jeopardizes losing top talent to other countries.

Some states within the U.S. are starting to get on board with paid parental leave, though. California and New Jersey both offer programs where new parents can earn a portion of their wages while taking leave.

More Working Moms Are In The United States' Workforce

According to the U.S. Department of Labor, women aged 16 and older make up about 47% of the total labor force.

The bottom line is that more mothers, and women who may become mothers, are in the workforce now than ever before.

That means more women are trying to balance their families and careers.

By offering a comprehensive nationwide paid maternity policy, the United States would drastically help nearly half of their labor force.

If paid maternity leave was offered, new mothers in the workforce wouldn't have to worry about losing wages while on leave. Instead, they could focus on caring for their new child.

A study commissioned by the National Partnership for Women & Families and conducted by the Center for Women and Work at Rutgers University found that women who took paid maternity leave for 30 days or longer reported that their wages increased the year after their child was born.

So, what does that mean? This research implicates that if paid maternity leave is offered, the more money taxpayers will have in their pockets.

It also means working mothers would be less worried about their financial situation during leave.

Research from the U.S. Department of Labor shows that new mothers who took paid leave were significantly less likely to quit their jobs before or after the birth of their child.

The research also found that new mothers who took paid leave were significantly more likely to work for the same employer once they returned to work.

That means companies who offer paid maternity leave to employees could expect those employees to not only return to work, but to stay loyal to the company after their return.

This comes as the discussion around employee loyalty continues to grow.

Research shows that employees who are finding a reasonable balance between their careers and their personal lives are happier, more productive, and more loyal to their employers compared to those who don't have a reasonable work-life balance.

According to a study found in the Journal of Health Economics, more generous paid leave is found to reduce deaths among infants and young children.

The study also suggests that those who take paid family leave may improve their children's health since they are able to better afford out-of-pocket medical expenses and invest in health-improving goods and services.

Research shows that paid leave also has health benefits for new mothers. One study shows that each week of paid leave up to 12 weeks lowers the odds of a new mother experiencing postpartum depression symptoms.

Multiple studies also report that parents who take a longer paid leave tend to feel better about caring for their new child and arranging child care.

Positive family bonding within the first few months of a child's life is essential for healthy child development. Offering paid maternity leave would help new mothers bond with their children longer, and help them feel less stressed about finances.

While some companies in the United States offer great maternity leave options, they are many others that offer short, unpaid leaves, which can add unnecessary stress to a new working mother's life.

Working mothers deserve to have ample time to care for their newborn children without having to worry about the negative impacts it could have on their careers and finances.

By having a nationwide paid maternity leave policy, the United States would help nearly half of its workforce achieve a better work-life balance and create a solid foundation for healthy families to thrive.

Other countries have picked up on the importance of this benefit. If the United States wants to keep up with its international competition, it has to rethink its parental leave policy, and fast.

If you're a working mom looking to make a career change, or a new mom looking to get hired, we can help! Join Work It Daily today & get one step closer to achieving MAJOR career success.

From Your Site Articles
Related Articles Around the Web
maternity leave